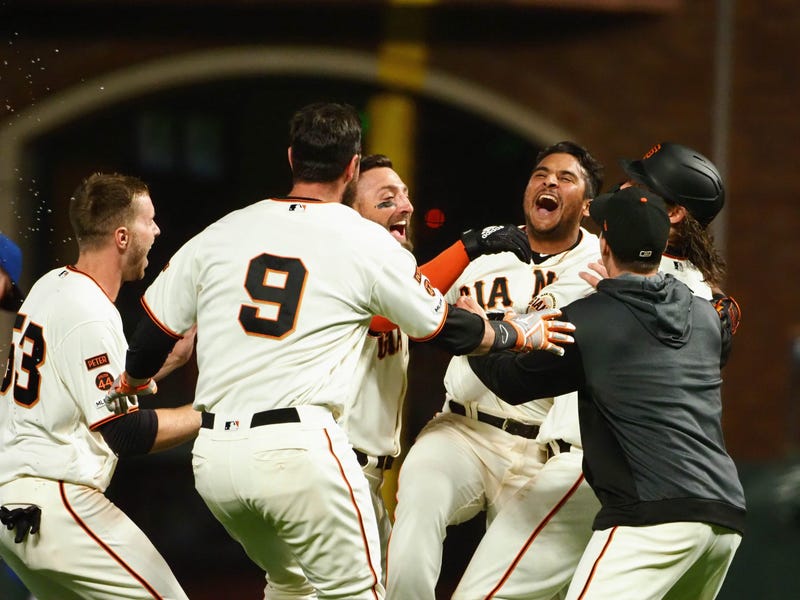 At some point during the summer of 2014, when the San Francisco Giants were drudging through back-to-back sub-.500 months, I made a regrettable declaration.

“The Giants are done. They’re cooked,” I assured an orange and black friend.

They were, improbably, months from a third ring since 2010.

Like the prior two winners — and like this year’s iteration — they were far from a regular-season powerhouse.

These Giants were done. They were cooked. Until they weren’t.

2.5 games back of the second wild-card spot — entering play on Friday night. With Madison Bumgarner in tow, that’s all you need.

Bumgarner, as always, is the ultimate win-or-go home game trump card. The bullpen, like even years past, is sneaky good. The lineup's random dudes — the Donovan Solanos, the Stephen Vogts, the Alex Dickersons — are looking a lot like the Cody Rosses, the Marco Scutaros and Travis Ishikawas of even years past.

They didn’t get the farm. So, they passed.

After Bumgarner spun nine innings of one-run ball, in the Giants’ eventual 3-2 win in 16 innings on Thursday night, the left-hander answered a question about the trade rumblings in true Bumgarnerian fashion.

“I’m here to win games for this team and that’s what we’re doing.”

The trade deadline doesn’t arrive until July 31. There’s still time for the Giants to crash.

But for now, forget the plan. The plan to sell. To think global. In the words of Bumgarner: “I don’t give a sh--.” Let it ride.