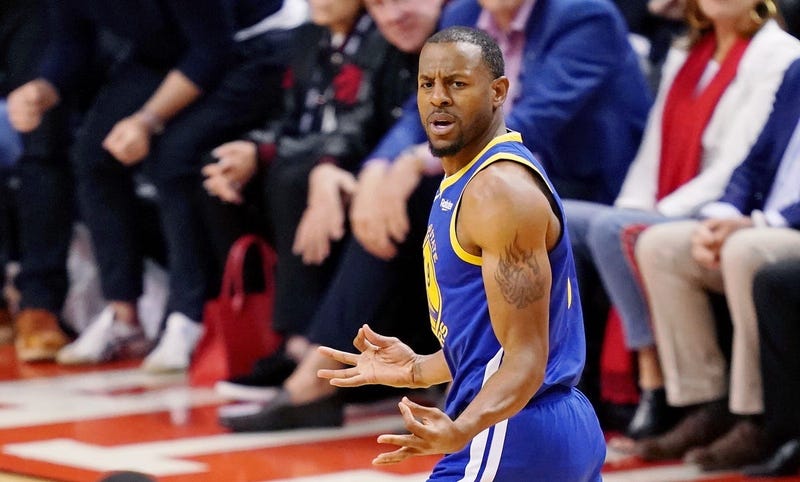 Back in the dynastic days, when the Warriors were, routinely, caving in heads across the NBA, the team did this thing that was great.

Well, great for everyone except lowly newspapermen like me.

When the schedule called for two home games in three nights, practice on that middle day would, almost without fail, get cancelled so long as the team handled its business.

The policy helped motivate the guys to focus on a Phoenix matchup on a random November night and helped limit the practice day miles for a veteran laden club that made its bones in June.

But for a reporter, practice days were important. They served a different purpose. That’s when you conducted the one-on-one interviews for the feature you’d been reporting all week.

So, you had to anticipate — otherwise you’d be left scrambling.

And that’s where I was on a January night in 2017. Scrambling. A PR staffer had found me in the bowels of Oracle Arena — sometime between the final buzzer and when the locker room opened up for post game media availability.

Practice was off the next day and so was my one-on-one with Andre Iguodala.

If I wanted to talk to him for my profile on the three wise men — Shaun Livingston, David West and the mercurial, erudite wing — it had to happen now.

The postgame locker room, scrums and interviews on the side, is, largely reserved for actualities, questions on the game that was.

Not asking Andre Iguodala about venture capital and what he planned to do in his post playing days. But it was now or never.

When you walked into the home locker room at Oracle, you hung a right to spy Iguodala’s digs, nestled between the stalls of Kevin Durant and Draymond Green.

This was long before that franchise fracturing night at Staples Center when Durant clapped at Green and Green responded by calling him a, well, you know what he called him.

Sauntering up to that corner of the locker room wasn’t the easiest assignment. But there I was.

Iguodala had his back to me as I approached. He was busy adjusting his green knit hat just so.

So, I went for it. I asked him for a minute of his time.

It all happened so fast.

In one fell swoop, he spun around, stared through me and let those three words fly.

I did my own spin move, fleeing the scene. Stunned. Staggered.

Players turning down interview requests was nothing new. But this, this was entirely different.

My head swimming, I made my way toward the middle of the locker room, trying to figure out how I would explain to my editor that my story was screwed.

Then I felt a tap on my shoulder. It was Iguodala.

He was just playing, as he’s been known to do when it comes to interacting with the media. And why shouldn’t he? The whole construct of reporters asking pro athletes questions is, when you think about it, absurd.

I barely remember the questions I asked, other than that they were clumsy and poorly formulated. I do remember that he gave thoughtful answers and that I was so shook that the sweat was pouring off my brow.