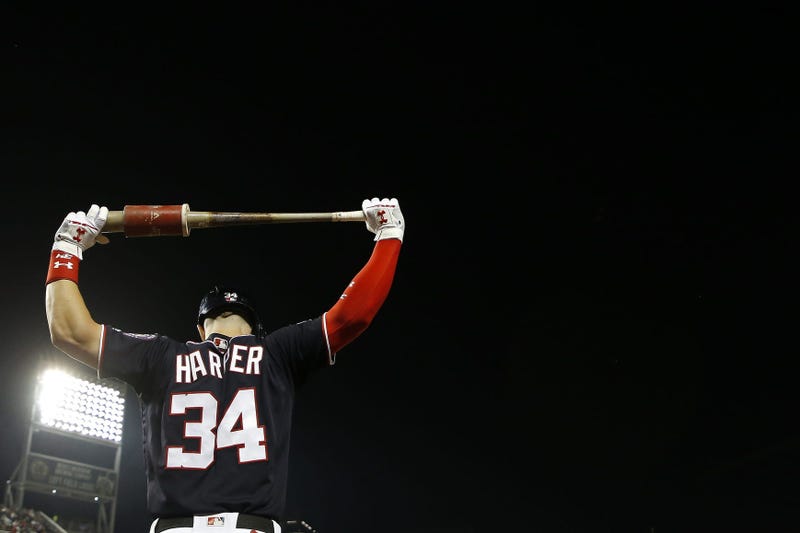 “It’s kind of hard to deny (a meeting) when your CEO gets made in the casino. I don’t want to say too much about it,” Zaidi began, as he held court in a suite, a sweeping vista of Oracle and the Bay spilling out behind him.

Zaidi confirmed that he, CEO Larry Baer and manager Bruce Bochy met with Harper in Las Vegas earlier in the week.

“There’s obviously mutual interest on both sides,” Zaidi continued. “So, we thought it made sense to get together. We had a good conversation over a few hours. He’s obviously got a lot of suitors and a lot of interest.”

“He’s going to have some decisions to make. But, again, I think that’s fair to say that was an expression of our interest level to make a trip out there.”

Bochy also discussed the his involvement in the rendezvous but didn’t offer many details other than to say that he enjoyed meeting the right-fielder.

Bochy says it was “great” to meet with Bryce Harper in Las Vegas. Now it’s time to wait and see what happens. pic.twitter.com/SZTPR15ZxU

Buster Posey said what any player would say: Should the Giants sign Harper? Yes please.

“Yeah, sign him up,” Posey said, per Alex Pavlovich of NBC Sports Bay Area. “What team out there wouldn’t want a Bryce Harper, a Manny Machado, a lot of the free agents?”