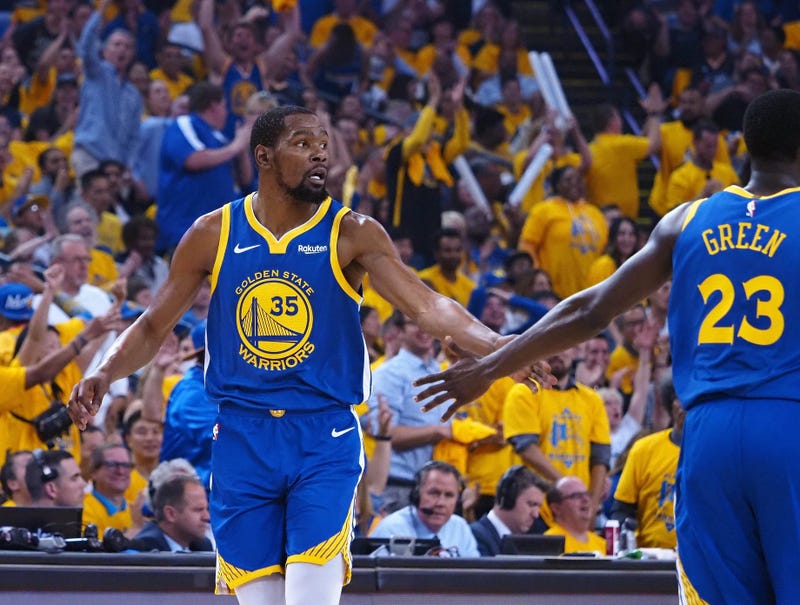 Despite Kevin Durant dropping 45 points, the Warriors couldn't get the win. They lost to the Clippers, 129-122, on Wednesday night, sending the series back to Los Angeles.

Game 6 will be Friday night at Staples Center.

As of late, Durant has been as lethal as any scorer in the NBA and the fans have definitely noticed. Durant earned "MVP" chants on two occasions during an otherwise disappointing night.

This four-point play from KD though...

Things got spicy in the thrid quarter. Draymond was HEATED after he got called for a charge then T'd up after he stepped over Patrick Beverley.

Pat Bev draws a charge with one shoe on, Draymond gets a tech.This game is WILD pic.twitter.com/u9rgs4riHH

No one can "blame" the officials, but there were some pretty suspect calls to help the Clippers in the fourth quarter. Fans sitting courtside even offered their glasses to the ref after this call on KD.

Warriors fans sitting courtside offered their glasses to the ref after the big foul call on KD. pic.twitter.com/io5W8bm3aH

Ultimately, this game fell on the defense which just wasn't there for the Warriors. Game 6 tips off at 7:00 pm and coverage starts on 95.7 The Game at 5:30 pm.