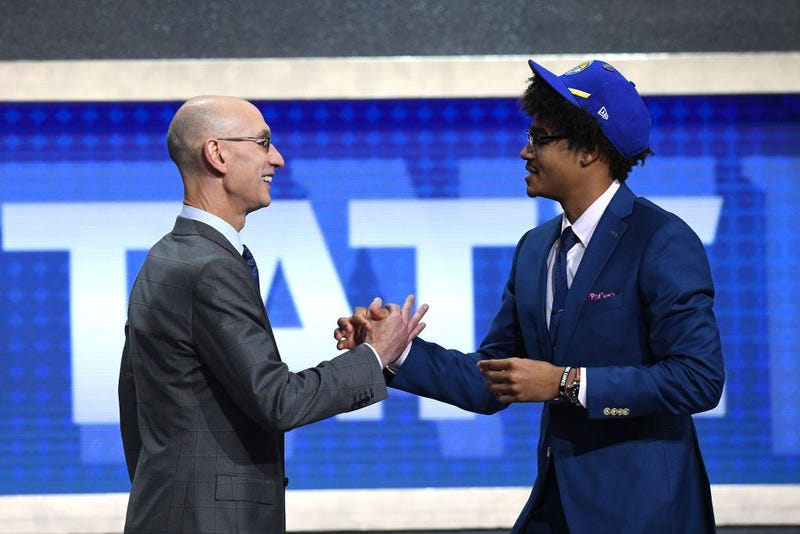 The Warriors added three new players in the NBA draft on Thursday, starting with Jordan Poole, selected No. 28 overall. Golden State also nabbed Alen Smailagić at No. 39, after acquiring the pick from the Pelicans in exchange for second round picks in 2021 and 2023 along with cash considerations. Eric Paschall, secured with the No. 41 selection, rounds out the draft class.

Poole is listed at 6-foot-5 and 195 pounds. He surfaced as one of Michigan's top offensive players this past season.

As a sophomore, he started every game becoming the second-leading scorer. Averaging 12.8 points per game, with a percentage behind the arc of 36.9.

One of his most monumental moments, had to have been when he made a 3-pointer that beat Houston to send the Wolverines to the Sweet 16.

Poole is the first to be picked by the Warriors from Michigan since choosing Rickey Green in the 1977 NBA Draft.

20 years young, Poole is confident with his career choice. "I have so much support from my coaching staff and my family. I just feel like to be able to be in this position, I made the right deicision."

Paschall, from Villanova, is a 22-year-old forward who stands 6-foot-9.

This past season Paschall was a First Team All-Big East selection.

He Averaged 16.5 points and 6.1 rebounds as a senior, establishing himself as a NBA Draft prospect.

The Warriors also did the following with the No. 58 pick:

Utah is selecting Yale's Mye One with No. 58, league source tells ESPN. Warriors sold it to Jazz.