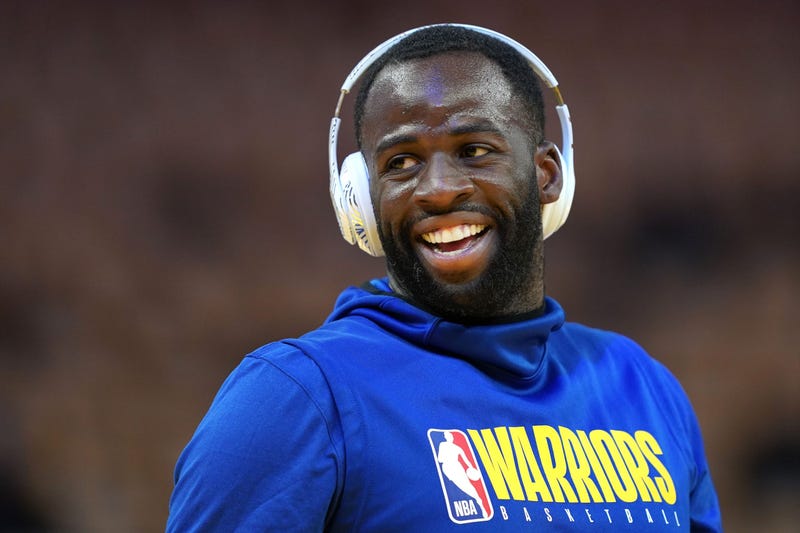 Draymond Green is a three-time NBA champ but he's also probably one of the best, if not the best interviews in the NBA.

The 2017 DPOY joined Matt Barnes and Stephen Jackson on their podcast, All the Smoke, and opened up about Kevin Durant, how the Warriors original "Big Three" aren't done yet and more.

Draymond made it clear he thinks if Durant really wanted to stay with Golden State, he would've.

"If Kevin really wanted to be here all he would've done is went and said to Bob, 'Yeah, I'll stay, but Draymond gotta go.' And guess what, Bob Myers would've called me and said, 'Draymond I love you and I won't trade you to a bad team, but where do you want to go because I'll help you get to where you want to go," Green said.

Draymond Green says if KD really wanted to be in Golden State all he would’ve had to do is ask for Draymond to be traded. pic.twitter.com/n8N5L7dgaW

Durant helped lead the Warriors to two titles in his three seasons with them and won two Finals MVPs. Draymond doesn't think KD got the respect he deserved after the 2017 NBA Finals. That is also when he felt things changed, when LeBron James was still being considered the best player.

"We win a championship, Kevin win a Finals MVP, in my opinion he got the best LeBron that series," Green said. "Like, Kevin was f–king rocking. After that was kind of that moment like damn, Kevin should be the best player in the NBA now because of what he just did to LeBron."

Draymond continued, "You turn on the TV the next day and like the f–king headline is, 'LeBron James is still the best player in the world.' That's when I kind of felt like it took a turn and then we came back 2017-2018 season and Kevin just wasn't as happy."

Draymond says he feels KD changed when LeBron was still being considered the best player in the NBA after the 2017 Finals. pic.twitter.com/dJd3yRP492

Draymond also doesn't want anyone to get things twisted because he said the Warriors aren't done yet:

“I know for sure with them two guys (Steph & Klay) I been rollin with since I got here... that we started this s— with, it can get done and we gonna get it done.”------ to be continued... pic.twitter.com/imlT8uiGpv

Lastly, he had a great story about Klay Thompson.

"Klay is Klay. Klay is just going to f–king shoot, that's what Klay do," Green said. "Klay ain't not shooting for nobody. Klay takes some shots at times and I'll be like, 'Yo Klay what the f–k that's a dumbass shot. And he said, 'Dray they f–king pay me to shoot.' Say less, Klay. Go ahead."

“Klay takes some shots at times and I’m like, yo Klay what the f—k that’s a dumba— shot. And he said ‘Dray they f—king pay me to shoot.’”Never change, Klay ----pic.twitter.com/puHm6Aeklr

You can watch the full video podcast here: All the Smoke.