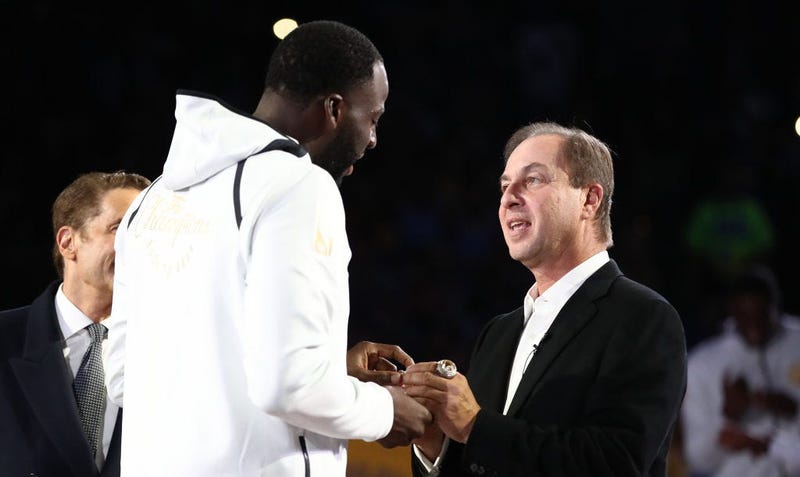 Joe Lacob joined ABC 7's "With Authority" podcast hosted by Larry Beil and Casey Pratt and offered quite the nugget when it comes to what could be in the distant future for one Draymond Green. Asked about the Warriors Walk of Fame, a new feature at the Chase Center which will honor franchise icons, Lacob offered the following:

“Well, we’ll get into that at the appropriate time," Lacob explained. "I don’t think we need to talk about statues today."

“I will say, I will just tell this story, when Draymond signed his extension this summer, he called me up Saturday morning after he’d done the deal with Bob (Myers) and he called me to say thank you blah, blah, blah," Lacob continued.

“And before he could say anything else, I said, 'I only have one word to say to you.' And there was a long pause. And he said, 'What's that?'"

One could reasonable speculate that Green wouldn't be the only memeber of the homegrown core to earn such an honor.

The statue exchange begins at the 15:40 mark in the pod below: