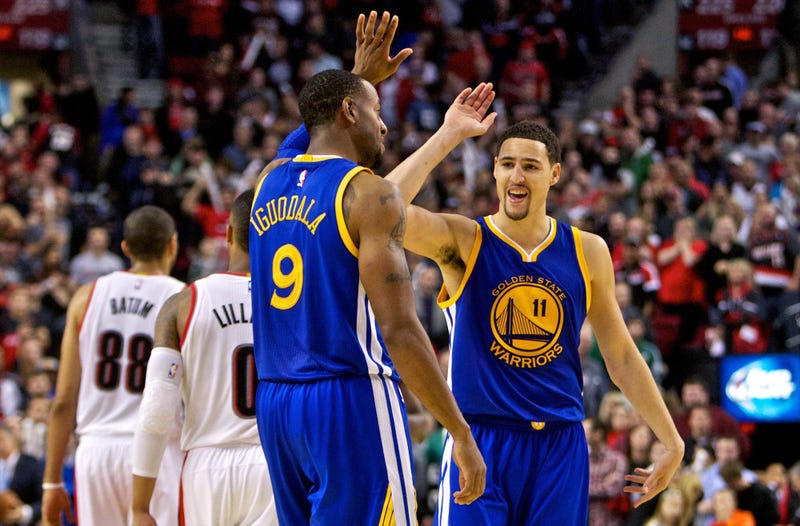 "After Klay's surgery, you know how you wake up and you're kind of out of it? He goes, 'Hey mom, it's Canon's birthday today. He turned one."

Stephen and Ayesha Curry's son Canon did indeed turn one on the same day as Klay's surgery.

"And then he goes, 'I can't believe Andre is not gonna be a Warrior. I'm gonna have to post something about that.' Those were the two things that he said. It was very special at the time."