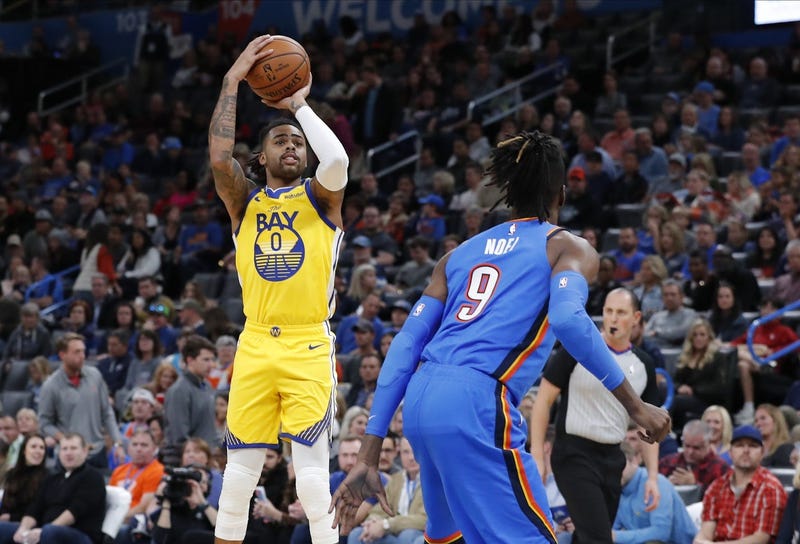 D'Angelo Russell really does have ice in his veins...

Despite not being able to complete the comeback, D'Lo finished with 32 points. This is his third-straight 30+ game and this is the first time in his career he's done that.

The Warriors were down by as many as 23 points at one point. Going into halftime they were down 17. They had some classic third quarter magic and made a comeback.

Russell beat the buzzer to end the third quarter and tied up the game at 84.

D’ANGELO RUSSELL ARE YOU SERIOUS?!? -- pic.twitter.com/OCpq6UDrBt

The veteran Alec Burks had another big game and put up 23 points.

Injuries have plagued the Warriors. They were without Eric Paschall who was ruled out shortly before tip-off with a hip contusion.

Omari Spellman tweaked his ankle in the second quarter and didn't return.

Five Warriors finished in double-digits but they struggled defensively and got out-rebounded 42-34. Rebounding is something they've struggled with this season but that's expected with their size right now due to injuries.

The dubs are off tomorrow and back in action on Monday at Chase Center when the Utah Jazz come to town. Tip-off is at 7:30pm and coverage starts at 6pm on 95.7 The Game.