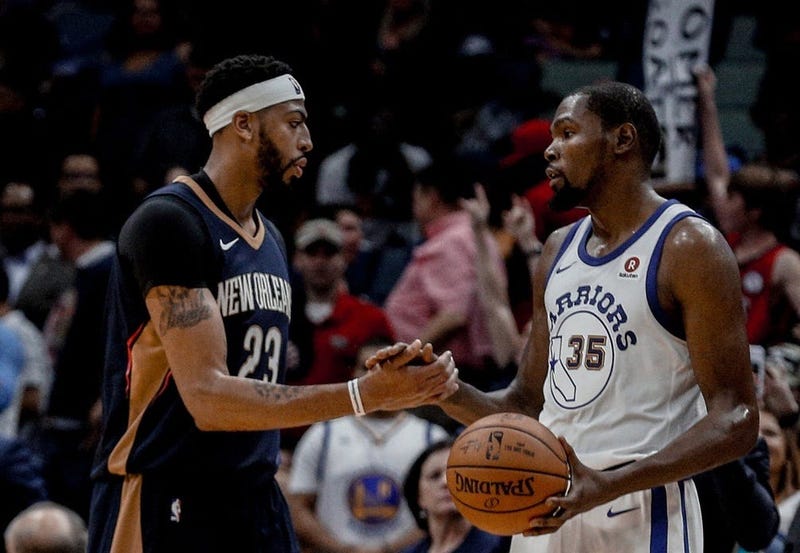 Agent Rich Paul has notified the New Orleans Pelicans that All-NBA forward Anthony Davis has no intention of signing a contract extension if and when presented and that he has requested a trade, Paul told ESPN on Monday.

The report immediately raises speculation of Davis landing with LeBron James and the Lakers. Paul is James’ long-time agent. Per ESPN's Adrian Wojnarowski,  the Lakers have been "determined" to acquire Davis.

“It’s definitely a topic of conversation,” Durant told reporters. “All NBA news is. I mean, it’s not that serious. So, why not talk about it?”

“AD wants to play basketball somewhere else. It’s not like the president shutting down the government.”Kevin Durant addresses Anthony Davis’ trade request (via @MarkG_Medina)pic.twitter.com/fFLNsGn0Xe

“AD wants to play basketball somewhere else,” Durant continued. “It’s not like the president shutting down the government.”

“It’s basketball, so, of course we talk about it. We all, as players, we want guys to do exactly what they want to do in this league. We have a short amount of time, so why not do what you want?”