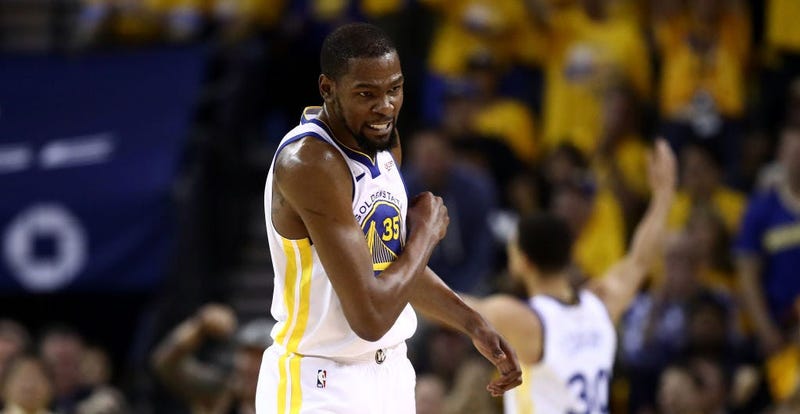 Seconds into Game 2 of the Western Conference Finals, the Warriors sent out the first official injury update on Kevin Durant (strained right calf), who's out for at least another week, and also provided a status report on DeMarcus Cousins (torn left quad).

Durant has shown good progress, but isn't ready to advance to on-court work. Like Cousins, he'll be re-evaluated in another week. That's a day before Game 6.

After the Warriors edged past the Blazers, 114-111, in Game 2, head coach Steve Kerr addressed the news that Durant remains sidelined indefinitely.

Steve Kerr Kevin Durant’s injury update & if there’s a mental adjustment to be made knowing he will be out longer than expected:“It’s a little more serious than we thought at the very beginning.” #Warriors pic.twitter.com/i4Uu0kxyR6

Ahead of the update, Ramona Shelburne of ESPN had reported that Durant is “not close” to playing for Golden State. Just before tip-off, Bob Myers, basketball boss of the Warriors, effectivley ruled Durant out for Games 3 and 4, saying the superstar won't travel to Portland.

Durant injured his calf in the the third quarter of last Wednesday’s Game 5 semifinal win over the Rockets.