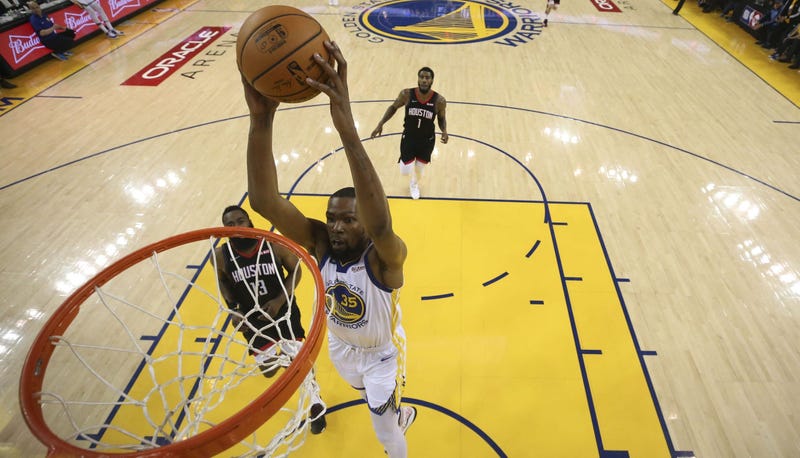 June 9, 2019 06/09/2019 11:05 pm
Kevin Durant is a game-time decision for Game 5, head coach Steve Kerr said after shootaround on Monday morning. But the superstar is very much expected to take part in the must-win tilt, per ESPN's Adrian Wojnarowski and NBC Sports Bay Area's Monte Poole.

Kerr said Durant went through full shootaround and was getting treatment before the team makes the final call ahead of tip.

“He’s Kevin Durant. So, if we have him out there, he’ll be a threat. We know that.”Kerr says KD is officially a game-time decision pic.twitter.com/etYZquT1sC

Here's Durant making his way into the building:

Kevin Durant walks out to #Warriors shootaround in Toronto. pic.twitter.com/Wn5YtBewYh

Durant was officially deemed questionable, the Warriors announced on Sunday.

Steve Kerr said the back-to-back Finals MVP (calf strain) was slated to practice with the club on the eve of the game in Toronto, which is a win-or-go-home for the Warriors, who are staring at a 3-1 deficit.