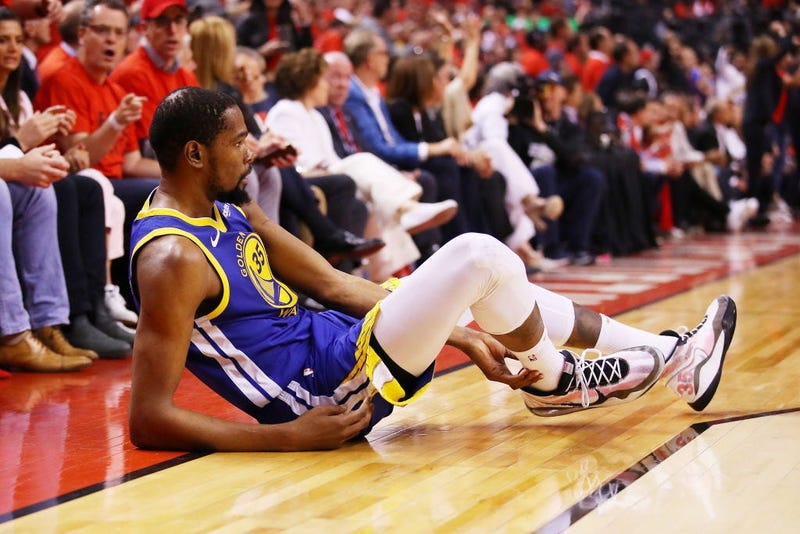 Kevin Durant was ruled out for the remainder of Game 2 after sustaining a right lower leg injury in the second quarter of Game 5 on Monday night. The forward will get an MRI on Tuesday, the club announced.

The injury happened after Durant had put 11 points on the Raptors in the openiong quarter, looking sharp after a month-plus on the sidelines. Here's the play where Durant went down, before immediately heading off the court.

Raptors fans cheering and applauding as Kevin Durant goes down injured. Doesn’t get much lower than this #NBAFinals #Game5 pic.twitter.com/JETd2xbCD3

KD goes down, classy Raptors fans wave goodbye and cheer his injury, Klay Thompson promptly tells them to shut the fuck up pic.twitter.com/J3agnJZJbk

Andre Iguodala and Stephen Curry left the bench to escort Durant down the tunnel:

Kevin Durant being helped going to the locker room pic.twitter.com/83XM6uelYz

Durant exited the arena, in a boot and walking with the help of crutches: