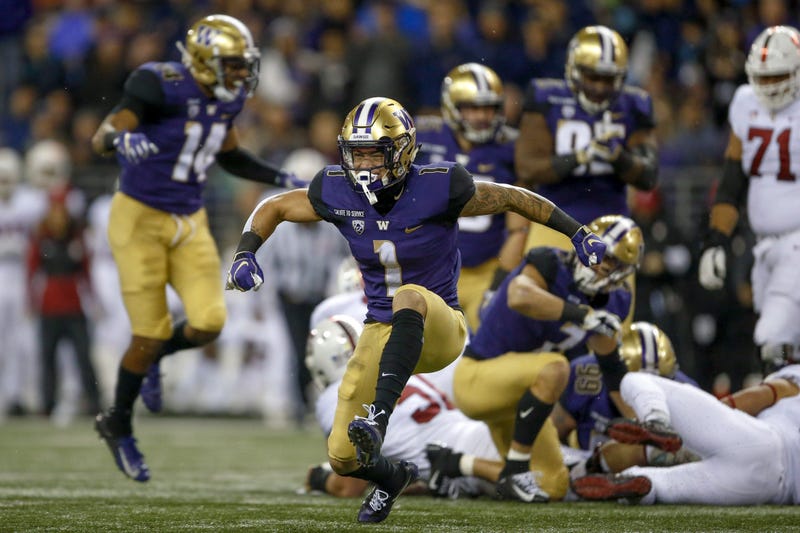 April 23, 2019 04/23/2019 1:37 am
It’s been 241 days since the opening kickoff of the college football season. Since that moment, scouts, general managers and draft insiders across the country have been scouring through film while checking boxes throughout interviews to find the next great NFL draft pick. As we’re now in the midst of draft week most of the evaluation process is complete. So, it’s time to release the final defensive positional rankings for the 2019 NFL draft class:

Sleepers: Christian Miller — Alabama, Zach Allen — Boston College, Oshane Ximines — Old Dominion, Maxx Crosby — Eastern Michigan, Quinton Bell — PVAM
The best position in this draft class is the edge group. The top-10 picks in the draft could be riddled with pass rushers. Nick Bosa leads the way, but Florida State’s Brian Burns and Kentucky’s Josh Allen aren’t far behind. Outside of the elite, Michigan’s Chase Winovich is full of traits you want from an edge and should be available in the middle of the first. The edge group isn’t just good at the top, it has depth with Boston College’s Zach Allen and Eastern Michigan’s Maxx Crosby.

With how important interior pressure is becoming, the NFL is in luck with how good this interior defensive line group is.

The most first-round grades from a position group is at interior defensive line. Quinnen Williams, Ed Oliver, Jeffrey Simmons and Christian Wilkins are all top-15 players in this class. If Simmons wasn’t injured he would be a lock for a top-10 pick. The only problem with the interior defensive line group is, that’s not that deep. Daylon Mack, Renell Wren and Khalen Saunders are all clogged together outside the top group.

There is no bigger disparity in rankings than the linebacker group.

Devin White and Devin Bush are elite prospects that deserve top-10 consideration, but after them it gets a bit rough. Jahlani Tavai is a versatile playmaker with high character marks. Tavai, Blake Cashman, Vosean Joseph and Ben Burr-Kirven could compete for a starting role on many teams, but each have their flaws. If they miss out on one of the Devin’s early, teams will have to get creative if they need a linebacker.

Sleepers: Justin Layne — Michigan State, David Long — Michigan, Hamp Cheevers — Boston College, Sean Bunting — Central Michigan, Jordan Wyatt — SMU
Another underwhelming defensive group is the cornerback class. Talk to 10 different scouts and you’ll get 10 different top-10 cornerback rankings. This class may be light at the top, but there is a ton of developmental players that could be drafted late. That could be a good or bad thing for a coaching staff depending on their track record. Byron Murphy receives the top rank because of his flawless technique. He has very fluid hips and plays with the type of grit you want from a corner. Central Michigan's Sean Bunting and Temple's Rock Ya-Sin have incredible potential, but need refinement.

Similar to interior defensive line, the safety position is becoming incredibly important— primarily because of the versatility certain players can provide to your defense.

Taylor Rapp is one of my favorite players in the entire draft class and yes, I understand he didn’t test great athletically, but his ability as a football player is too good to ignore. Rapp is incredibly instinctual and can bang in the box. Chauncey Gardner-Johnson and Juan Thornhill are both versatile weapons that can cover any position for your defense. Jonathan Abram and Darnell Savage are physical monsters that can play downhill in any system.