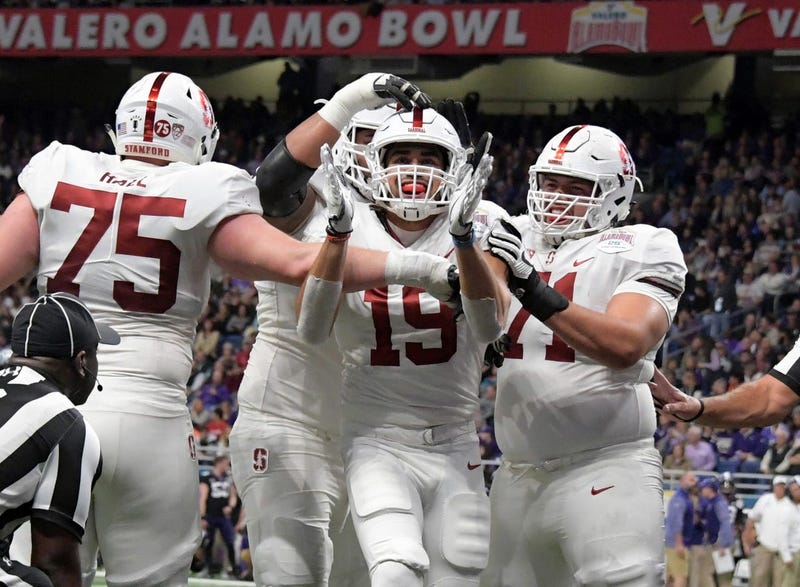 We’re officially inside one month away from the 2019 NFL Draft and 95.7 The Game’s “Know Your Prospect” series is underway. Over the next month we will highlight some of the top players, best fits and names you should know for the 2019 draft class. With Jimmy Garoppolo coming back from injury and with pressure building for John Lynch in year three the 49ers desperately need to put together a draft haul that can make an impact day one.
JJ Arcega-Whiteside, Wide Receiver, Stanford

JJ Arecega-Whiteside primarily played on the outside down on the farm and ran a pretty standard route tree, but when tasked with creating space via pure technique he impressed. He has a nuanced approach to route running, that even when it looks like he is doing something simple he’s baiting defensive backs with each step.

Sheesh release from Arcega-Whiteside here. Would love to JJAW in Shanahan’s offense. His creativity reminds me of Pettis last year. pic.twitter.com/6iU6WmF0N9

Watching Arcega-White you’ll become conditioned to just expect him to embarrass a defensive back by treating him like a little kid while catching a touchdown. It’s almost like a game a three-flies up on the school yard and Arcega-Whiteside is the bully that comes down with every ball. Arcega-Whiteside seems to embrace the contact with a sense of physicality that is rare from a wide receiver.