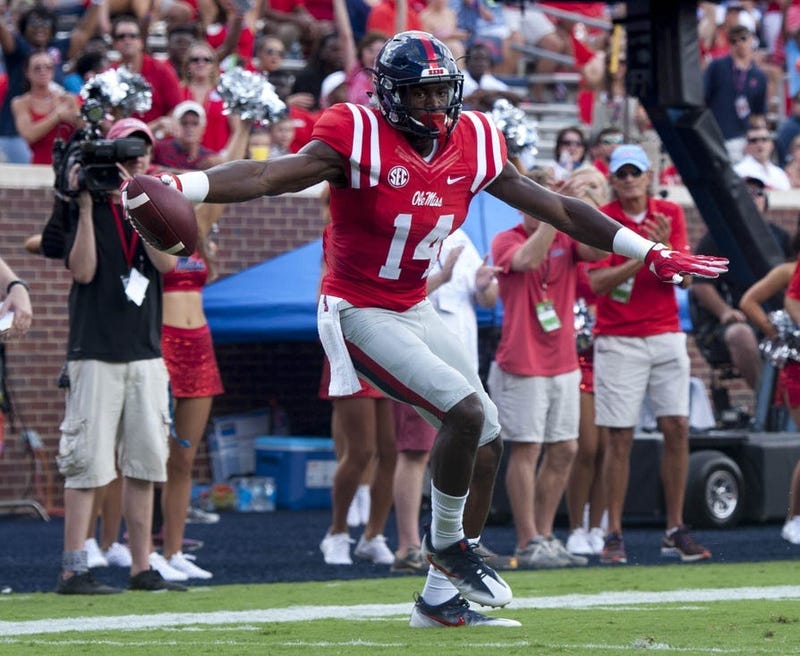 April 22, 2019 04/22/2019 9:30 pm
It’s been 240 days since the opening kickoff of the college football season, since that moment scouts, general managers and draft insiders across the country have been scouring through film while checking boxes throughout interviews to find the next great NFL draft pick. As we’re now in the midst of draft week most of the evaluation process is complete.
So, it’s time to release the final offensive positional rankings for the 2019 NFL draft class:

If you’ve been paying attention this long you know the 2019 quarterback class is a weak one.

Kyler Murray is the only clear cut passer in this class that should be worthy of a first-round pick. As popular as Dwayne Haskins is amongst some scouting circles, his downfield throwing question marks and limited experience pushed him down the board. Tyree Jackson and Will Grier could sneak into the second round after their impressive pre-draft process, but will likely project as developmental backups early on.

Late-round dart throws like Brett Rypien and Easton Stick all provide interesting traits that a team could get lucky with later on.

Similar to the quarterback class, the running back group isn’t spectacular either.

No prospect received a first-round grade. Miles Sanders and Josh Jacobs lead the way with their little tread, but after that things get murky. Sanders is extremely patient in the trenches and has the feel of a pro back. He sat behind a generational back in Saquon Barkley, but an NFL team should give him a chance to be the guy.
Trayveon Williams could be a steal in the mid-rounds, as he will add to a team right away. Williams is the best blocking back in the league and can catch the ball out of the backfield. Poor athletic testing will push him down where a team will be able to get him at a real value. Dynamic pass catchers like Darwin Thompson and James Williams could provide an instant burst to whatever offense they land in.

Now we’re getting to the good stuff— this was probably the toughest position group to rank.

The wide receiver class is very deep with a wide ranging group of players that could be special to specific offenses. D.K. Metcalf is the headliner, but players like Hakeem Butler, Deebo Samuel and A.J. Brown might be just but safer at the next level.

Metcalf is an all-world talent, but his injury riddled past scares me. Samuel and Brown are polished, well-rounded receivers that can run every route on the tree, while Butler might have the most boom for any offensive player outside Kyler Murray.

Outside of the top-5 this class is full of talent past rounds one and two. Andy Isabella, Jalen Hurd, Emanuel Hall and Antoine Wesley all provide legit upside in the mid rounds. Even later on Day 3, Keelan Doss from UC Davis could has a deep skillset.

If you need a tight-end this is the class to find one.

The class is around 10-deep with potential starting-level players. The elite are at the top with Iowa’s tight ends, Noah Fant and T.J. Hockenson. Fant is a modern-dynamic inline athlete that is too big for defensive backs and too fast for linebackers. Hockenson is a gritty mauler in the run, with a large catch radius as a receiver. Later on players like Kaden Smith, Josh Oliver and Jace Sternberger could start right away for a team. Gadget hybrid tight-ends like Trevon Wesco and Foster Moneau could be the perfect complement to a pass-catching established tight end.

Sleepers: Kaleb McGary — Washington, Oli Udoh — Elon
The offensive tackle unit has been the biggest riser in the pre-draft process. Jonah Williams has gone wire-to-wire as the best offensive linemen in the draft, but players like Andre Dillard, Dalton Risner and Jawaan Taylor have flew up boards. The offensive tackle class is top-heavy with a limited group available later. Pay attention because tackles will fly off the board with demand early on.

The the interior offensive linemen are thin at the top of the NFL draft. There is no Quinton Nelson, but NC State’s Garrett Bradbury and Oklahoma’s Cody Ford will improve any team they land on. Chris Lindstrom and Erik McCoy provide athleticism and instinct to the center position. A name to watch on the interior is Connor McGovern who just missed out on my top-5. McGovern could get pushed to be drafted a lot higher than he is currently being slated, because of his high character.