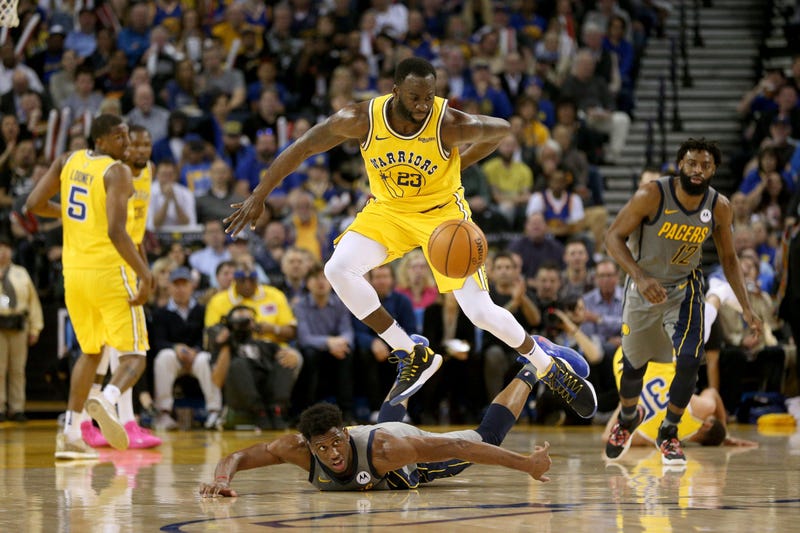 Fresh off a 3-1 road trip and back at Oracle Arena for the first time since losing to the lowly Phoenix Suns, the Golden State Warriors looked like a team that knows the playoffs are around the corner.

With 12 regular season games left, including seven at home, the Warriors systemically took the Indiana Pacers apart, rolling to a 112-89 win.

Sure, it was a struggle in the first half, as the Warriors held a slim lead (35-33) with 5:28 left in the second quarter due to the Pacers physical play.

Despite the early struggles, two things were noticeable: the Oracle crowd was lively and the Warriors were engaged defensively, much to the delight of assistant coach Ron Adams.

Was “Rocco” unleashed as Greg Papa would say? Seemed to be the case as the Warriors suffocating defense held the Pacers to 89 points (38.5 percent), forced 16 turnovers, and blocked eight shots.

Since the All-Star Break, check out the Warriors defensive rating:

Warriors head coach was pleased with his team's’ defensive performance.

Now, for the crowd noise that Klay Thompson had a minor issue with after the loss to Phoenix, nobody will complain about the energy from Dub Nation.

As the youngsters say, it was lit at Oracle, and with six regular season games to go in the buidling, including a big one against the Denver Nuggets April 2, Warriors fans appeared to have gotten Thompson’s message. Expect more of the same as we get closer to the playoffs.

Oh, and what about this gem from Anthony Slater:

This will be the first time in two seasons and only the fourth time in the KD era that the Warriors won't have a 20-point scorer. Balanced point totals (Cousins 19, Klay 18, KD 15, Curry 15, Iguodala 11, Draymond 10) + great defense = blowout of the Pacers.

Good luck beating the Warriors with that type of balance. Every starter was at least +22 in the +/- department and they also dished out 32 assists on 44 made field goals. DeMarcus Cousins 19 points, 11 rebounds, 4 assists and two blocks to dominate his matchup against the solid Myles Turner.

Let’s end this night with a another classic interview from Andre Iguodala, who is playing like he’s 25-years-old. Good night, everyone.

Andre Iguodala: “My basketball game is a direct reflection of how many rounds of golf I can get. So the more rounds of golf, the better I play. So we gotta get some sunshine.” pic.twitter.com/YBqjOa1pvR