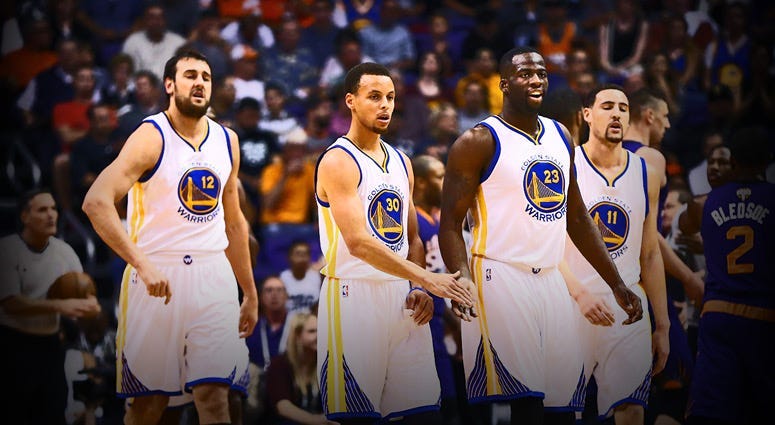 Warriors associate head coach Mike Brown joined “Steiny & Guru” on Monday morning and offered an assortment of updates regarding the Warriors, who are set to take on the Spurs with Andrew Bogut back in the fold but sans DeMarcus Cousins.

The Warriors associate head coach added that these types of blips are to be expected in the return from an injury as serious as an Achilles tear.

“The biggest thing is he was in great spirits after the game and now we’re just sitting back and waiting.”

Later in the interview, Guru appeared to scoop that Bogut will be starting in the place of Cousins. Here’s how the exchange played out…

Guru: Could you see a scenario with Cousins out where we see the big man (Bogut) in the starting lineup?
Brown: Were you in our coaches meeting this morning?
Guru: I know some folks, Mike.
Brown: You know some folks that know some other folks so that’s why you got that information….

Brown added that the Warriors brought back Bogut as insurance for all the big dudes run into in West, which makes him the ideal fit to start opposite LaMarcus Aldridge.

“Bogut’s the prime candidate to step in and give us a few minutes to begin the game off with.”