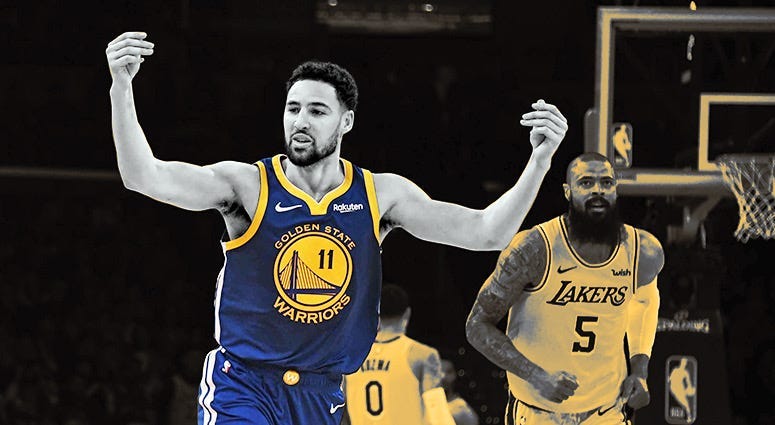 The day after Klay dropped 44 points — and tied an NBA record by hitting his first 10 triples — in the building of his hometown Lakers, no less, Mychal Thompson joined “The Afternoon Delight” with Greg Papa and Bonta Hill.

When asked if he’d considered the idea of a catch-and-shoot assassin like Klay joining LeBron in LA, he admitted the thought had crossed his mind.

“That’s all in fantasy,” Thompson said. “That’s all in thinking about what could be or how it would be. He’s in a perfect situation. He’s playing with the perfect partner right now in Steph Curry.”

“You aren’t going to find a better partner than that to play with — and to be successful with. And Kevin Durant, Draymond — the whole crew up there. He loves being around Andre (Iguodala) and Shaun Livingston.”

“And, like I said, people think I’m exaggerating, he is in the perfect situation. You can’t ask for anything better than what the Warriors have now and going forward. So, there’s no reason to leave.”

“He’s in a perfect marriage with Steph. He’s not going to find a better teammate to play with than him…”

“And god willing, if they stay healthy for the next five to seven years, they’re going to go down as the greatest backcourt in history. Why would you not want to see that completed?”