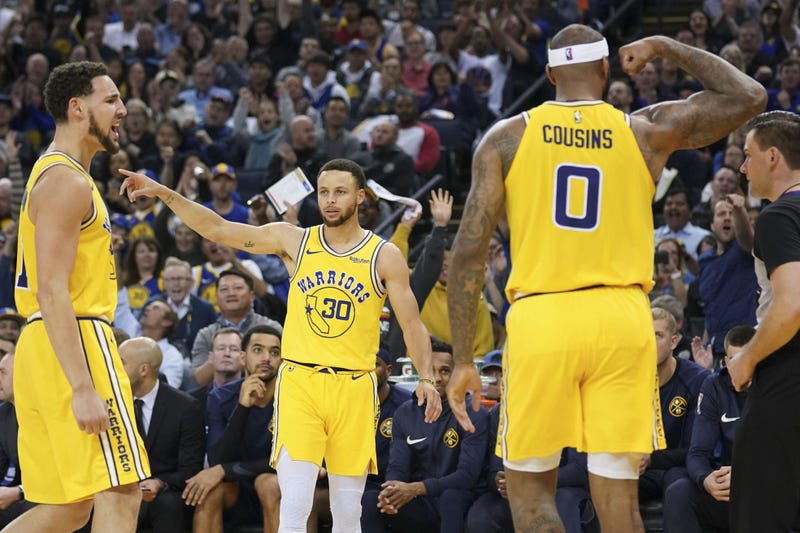 Mychal Thompson, Laker broadcaster and dad of Klay, sees yet another ring in the Warriors near future.

“I could see it more being like like 16-6, 16-7 because I really believe teams are going to go after the Warriors hard and the Warriors will stumble along the way, but they’re going to win 16 games.”

“I see Houston being a serious threat because they’re going to shoot 60 3’s a game and get hot for two or three games and next thing you know you’ve got a tough six or seven(-game) series.”

“I think Utah is going to be tough if they end up facing them because Salt Lake City is such a tough place to play in and win in. So, that can go six or seven games.”