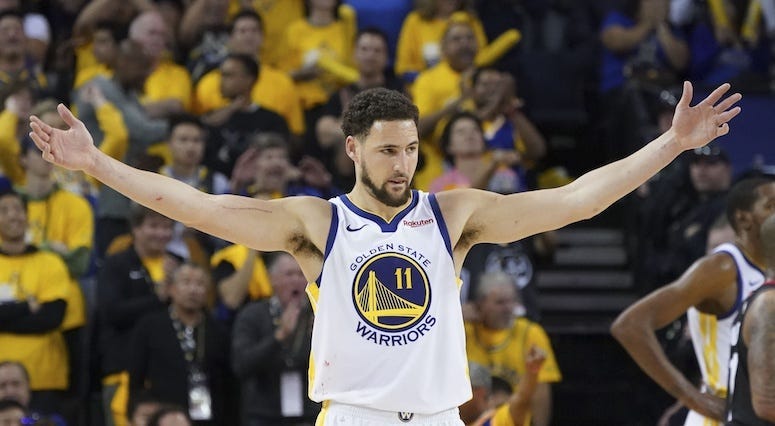 As the Warriors continue their march through the NBA playoffs, Klay Thompson gets ever closer to free agency.

Amid the run, Thompson has succeeded in separating his on-court job from his looming off-court business. Speaking to Matt Steinmetz and Daryle “The Guru” Johnson on 95.7 The Game, Mychal Thompson, the ex-Laker great and Klay’s dad, explained how his son has been able to compartmentalize.

“So, he can’t be worried about what’s going to happen in July. Just concentrate on today — being good, being your best person you can be today. That works for all of us in our jobs and in our lives. Just worry about today and be the best person and make the most of today and tomorrow will take care of itself.”

As early as October, ESPN’s Zach Lowe reported that Thompson had “no plans to take a discount.” Asked why Klay would even consider accepting anything less than a max deal, the elder Thompson offered the following:

“The Warriors are set up for such a great future for the next 10 years and beyond with their strong ownership with Peter Guber and Joe Lacob and the Lacob family.”

“So, that’s not even anything that he probably talks about or even concerns himself about. We want the Warriors to win this fourth championship. Everything will fall into place. Nobody’s concerned about that.”