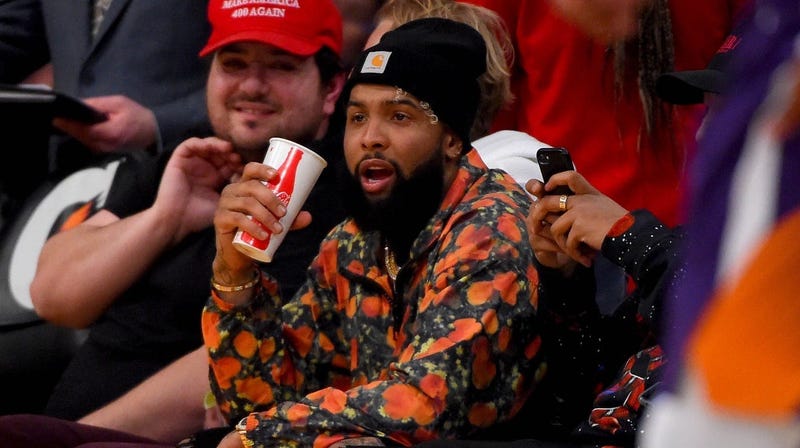 In the wake of Odell Beckham Jr. landing with the Cleveland Browns via a blockbuster trade, comes news that the San Francisco 49ers had "multiple conversations" with the Giants regarding the acquisition of the super talented reciever.

Here's what Dave Gettleman, the much maligned GM of the Giants, had to say about the talks with John Lynch, his Niner counterpart.

Dave Gettleman, on a conference call, says the only trade call he initiated for Odell Beckham Jr was to Buffalo. Gettleman says he also had "numerous conversations" with John Lynch and the 49ers.

Gettleman: Had "numerous conversations" with San Francisco and "couldn't come to an agreement."

Gettleman's comments indicate that is was Lynch, who picked up the phone to jump star the (ultimately unsuccesful) dialogue.

Per Peter King's Football Morning in America column, the Giants wanted one of the 49ers' most talented young players in a potential swap.

"The Giants need high picks and/or productive players. The Niners wouldn’t have wanted to trade a high pick this year or next plus rising star defensive tackle DeForest Buckner … and the Giants might not have wanted to settle, say, for next year’s first-rounder and this year’s second-rounder (36th overall) plus a lesser player than Buckner (say safety Jaquiski Tartt). The Giants need help now."