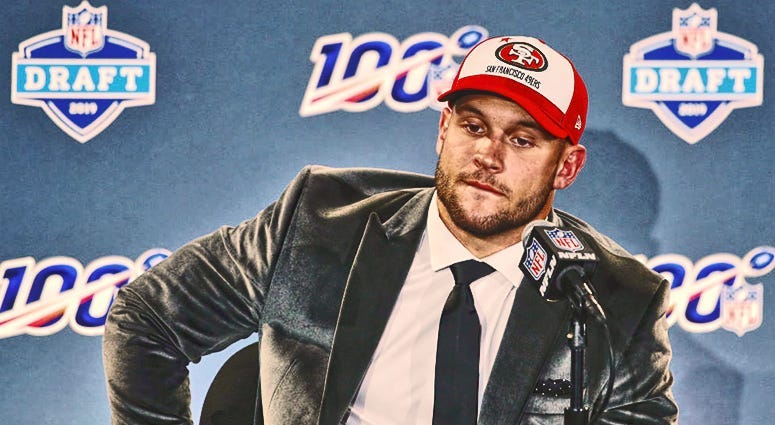 Nick Bosa's arrival to the San Francisco 49ers was met with mixed reactions from fans.

But those mixed reactions have nothing to do with his ability to play football. His skill is not something anyone doubts. His health — maybe — but not his skill.

The Ohio State star has been linked to some questionable social media posts in the past. Bosa addressed that topic after the 49ers drafted him second overall in the 2019 NFL Draft:

"I was a little insensitive in some of the things I said... I've learned a lot in the past few months, and I'm just ready to move forward from that, put it in the past, and bring the faithful some wins."

"I was a 16-year-old scrolling through my Instagram and I liked a picture of somebody I knew with a girl. There was nothing racist about the picture. Obviously, there were some bad things said in the hashtags, but obviously I didn't read those, and as a 16-year-old in high school you kind of don't think something like that will come back and bite you, so that's that."

"I definitely made some insensitive decisions throughout my life, I’m just excited to be here with a clean slate. I’m sorry if i hurt anybody, i definitely didn’t intend for that to be the case… I’m gonna grow as a person… I’m gonna grow up, I’m going to learn a lot of things."

In regards to his infamous 2016 Colin Kaepernick "clown" tweet, Bosa offered the following:

“(It was a) bad decision. I respect what he’s done. If it empowers anybody, then he’s doing a good thing.”