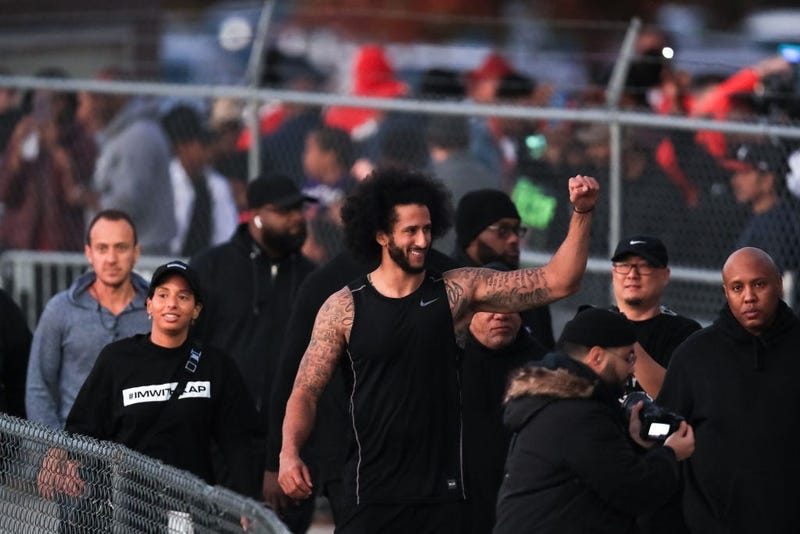 There is no compelling football reason why anyone should expect Colin Kaepernick to get an offer to play football in the NFL now. He's been punished for three actual seasons, a fourth is in jeopardy, and I wouldn't hold out hope for a fifth. The NFL, which is always good at messaging, has sent its message on him, and it is an ongoing shame that should always be mentioned every time Roger Goodell and his 32 employers want to look corporately noble.

But coming back to play again is a different issue, and only because of this one question:

Is it more valuable than him doing what he is doing today? Frankly, football seems less behind him than beneath him.

Should he get an offer to play? I think we know the answer to that, because it's been the same answer it was in 2019, 2018 and 2017. As a football player, his skill set and resume scream that at a eardrum-shattering level. If the people who run professional football are capable of shame (and no, they aren't), the decision to blackletter Kaepernick is at best an embarrassment and at worst proof of both their ignorance and cowardice.

But with George Floyd as the... what, 50th, 500th, 5000th example of what Kaepernick has been saying and fighting for the last four years, I wonder if perhaps we as a nation need him doing what he is  doing right now much more than we need him as a football player.

If he wants to play still (and I believe he does), absolutely. If someone will see what they have worked so hard not to see for three years, all the better. If football wants to be a truer meritocracy, who could complain? If the NFL wants to pretend it finally gets the problem and allows other players to kneel for George Floyd, he should be signed immediately as an admission of guilt, can't happen quickly enough. Let a thousand flowers bloom.

But at this point, the NFL seems like a more trivial thing when the country is self-immolating over the very thing Kaepernick knelt to protest. It also would seem like some cheap marketing thing to draw in the kids — you know, the thing they always do a few months too late because they need to research how much disingenuousness they can get away with.

Frankly, Kaepernick back in football only works for me if:

(A) The league takes a knee in apology.

(B) The league acknowledges the right of Kaepernick and all other players to protest without sanction.

(D) Kaepernick judges this to be the thing he really wants.

But I'd be fine if he said, "I'm doing something more important right now. I'll get back to you." And then changes his number. He's being the best Colin Kaepernick he can be right now, and football just seems like spectacularly bad social distancing.