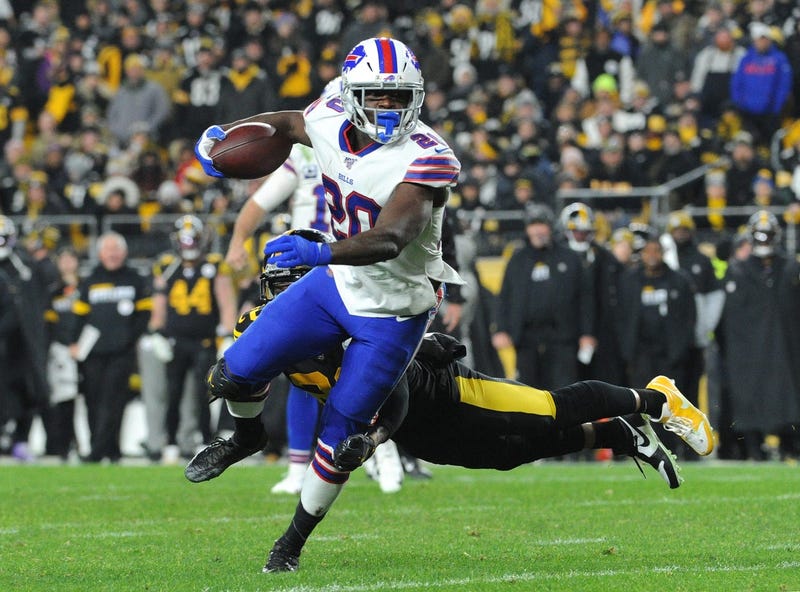 Frank Gore will die a football player… and then will sign a one-year deal with the Los Angeles Chargers.

That's the only thing that comes to mind with the news that he has signed a deal to play his next season with the New York Jets. In a game that punishes those who dare to get too close, Gore is going to enter his 16th season, as many as any running back ever has, and if he plays the full season he will have played more games at the position than any other running back ever.

Because yes, that's exactly who he is.

By now, Gore doesn't need to play except in the existential sense. He has made nearly $65 million (or will when the Jets money starts to roll in), and there is no indication that he has invested poorly. He has taken more than 4,700 career snaps and carried the ball rushing or receiving slightly more than 4,000 times. He has achieved enough in his career to have moved past the Phantom Zone of Hall of Fame candidates to the more exalted and rarer world of Hall of Fame shoo-ins. He has nothing left that needs be done for his story to be told, and by rights he should be sick to death of the sight, smell or feel of a football, let alone equipment, locker rooms or other players. He's done his duty.

I also suspect that Marshawn Lynch will want the same. His time on Westworld has ended, so now it's time for him to re-investigate the Seattle Seahawks for one more full year — although I suspect he wanted to close out Oakland football and he went to the Seahawks last year because Pete Carroll had run out of running backs and decided to go through the media guide for ideas. Chris Warren was the first choice, but he's 52, and there's only going to be one 52-year-old running back in NFL history, and by damn, that will be Frank Gore. The New York Jets' Frank Gore.

Why the Jets? Well, because the Jets have a need — several, in fact. They are the Jets, for God's sake, and they do suboptimal as well as any team in any sport.

But signing with them means that Gore can sign with the Patriots next and clean out the AFC East on his Play Until He Drops bingo card. The record for teams played for is essentially a century old — 11 by the famed tackle and end Tillie Voss in nine years, including two different teams in both Buffalo and Detroit — and Gore is at a paltry five, having wasted the first decade of his career with only the 49ers. Had this been a goal, he could have had quarterback J.T. O'Sullivan's career (ten teams in ten cities in nine years, although he played in games for only four).

But now we're just screwing with you. Gore just doesn't want to stop playing because he wants to show off his surgically assaulted knees. He wants to keep playing because nobody has told him to stop, and the NFL is not bashful about telling players when to stop. It is a business of bastards in that way, where layoffs are a daily occurrence and where, as we have just seen, they even tell you a year ahead of time that they're thinking of either cutting your salary or kicking you to the street.

Gore has beaten the system by being valued at an age when most players are more likely to be  coaches. So the Jets called, and he turned up. Or will when the all-clear is signaled. If there is no season, he'll just come back in 2021, and '22, and '23, and until the game is eradicated by COVID-24.

Okay, unnecessarily grim, I get it. But at a time when there is wall-to-wall grim, there is still Frank Gore, who eagerly awaits the time when he can do something almost as bad for one's health. Hey, it's a living that goes on seemingly forever.