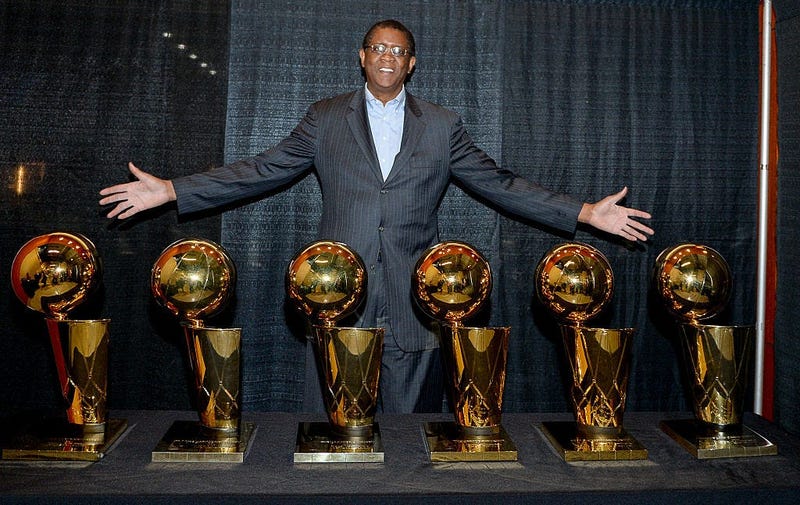 If you’re anything like me — and like it or not, the fact that you’re reading this means you are — you likely were asking your sports-starved self that same question — Now what? — well before the final credits rolled last Sunday on the 10th and final episode of ESPN’s “The Last Dance.”

Hell, I started asking the question — Now what? — not long after watching Episode No. 3 (for the eighth time). That’s when it dawned on me that my all-time favorite basketball player, Bill Cartwright, won just as many rings in The City of Chicago as did MJ and head coach Phil Jackson.

Michael Jordan, who apparently can’t just say “Chicago” without prefacing it with “The City of,” won all six of his rings as a player.

Jackson, who found himself a nice little post-Jerry-Krause landing spot with the Lakers, won his six rings in The City of Chicago as a coach (and Zen Master).

“You’d be crazy to not stick around as long as Michael was there,” Cartwright said. “And he was obviously still in his prime.”

The City of Chicago didn’t get to see much of Cartwright in his prime. After graduating from Elk Grove High near Sacramento, he led USF to a place of national dominance and prominence the Dons hadn’t enjoyed since another Bill — Russell — led them to consecutive national championships before winning a record 158 NBA consecutive titles with the Celtics.

The West Coast Conference Player of the Year for three years running (1977 through 1979), Cartwright was the third overall pick of his draft class, selected by the Knicks. He was named to the 1980 NBA all-rookie team and was an Eastern Conference All-Star that season, playing with and against a couple of over-hyped hacks named Magic and Larry.

Time for full disclosure: I’ve known Cartwright since I was still in grade school. My Dad also played ball at USF, and he eventually found his way back to the Hilltop as a professor. Cartwright and several other Dons stars — James “Trouble” Hardy, anyone? Winford Boynes? Eric Slaymaker? — were in my Dad’s class, and occasionally a handful of them would come to our house in Redwood City for dinner.

(I don’t think Slaymaker ever came over, and I was fine with that. Slaymaker was a backup’s backup at USF, the human victory cigar who only got to play late in blowouts. But what a name, huh? Slaymaker. Sounds like someone who might be a good sidekick for Deadpool. And his blonde perm was Sikma-esque in all its glory. Magestic. But come on. I was playing Nerf basketball in my bedroom with Bill Freaking Cartwright! I’m good!)

Good luck to you, Mr. Slaymaker. You’re a Don, so I loved you despite your athletic shortcomings. My mind was made up: Big Bill was my guy.

He baby-sat me. He still calls me “Little Mikey Gordon,” which he yelled across the Salt Palace in Utah to get my attention at a Jazz-Bulls game about 10 years ago. And when he was a rookie in the Big Apple, he got us courtside seats at Madison Square Garden. The Mecca. That was it for me. I’m ride or die with Big Bill forever.

And for the record, he enjoyed “The Last Dance.” He called it “fair” and “accurate” and “very entertaining.”

We didn’t talk for long, but when (if?) the next college hoop season comes around comes winter, I’ll get to see Big Bill on a regular basis. USF has hired him as something of an ambassador for the program, and when I told him we should re-watch “The Last Dance” together.

Or, he said, maybe our precious time together shouldn’t be spent in front of a television. He had a WAY better idea.

Still got that Nerf set?