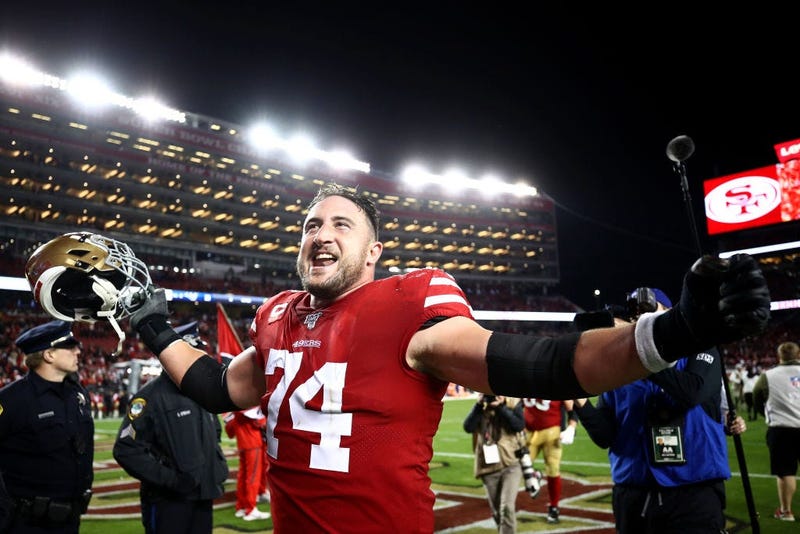 The future of the San Francisco 49ers as defined by this weekend is the trade for Pro Bowl tackle Trent Williams. The past is what made it happen.

Joe Staley's retirement opened the gap that allowed Kyle Shanahan and John Lynch to convince Washington to deal the recalcitrant Williams and move him smoothly into the 49ers' picture for 20-Something-Or-Other, because as seems clear to anyone who ever watched Staley's impact in San Francisco can deduce, Williams wasn't taking Staley's job. Nobody was. Staley's 13 years on the job were going to be a 14th because even in the hyper-pragmatic world of football, Staley had earned the right to go out as he came in.

That is, if you allow for the fact that he became a 49er only because Scot McCloughan, the general manager two general managers ago, traded with Bill Belichick to get the space that allowed the 49ers to get Staley as one of the best 28th picks in NFL history. He played through the last few years of the Dreadful 'Oughts, the delicious madness of Jim Harbaugh, the hot messes that followed and the Shanahanian renaissance. He was just always there, a superb pass blocker for 18 quarterbacks and run blocker for 40-plus running backs, and he was the magnetic true north for nearly all the teams he played on.

And even if you didn't always notice it, you always knew it was there. He was the prototypical you-had-to-be-there example.

He won't get that level of treatment outside the area, because he is part of that second tier of great NFL offensive tackles — not quite a Hall of Famer but close enough to make you think about it. There are 32 tackles in the Hall of Fame and according to profootballreference.com, he rates 41st. His resume over his career is higher than every Hall of Fame tackle until the mid-50s but below most of the Hall of Famers since 1980. He is worth the argument, but not if you expect to win it.

That isn't the point of his career, though. The point is that a franchise regarded him as its most important presence for a decade, someone whose shadow stretches longer than anyone else's. If you need metrics, his approximate value of 104 is the 10th highest in franchise history, second behind only Randy Cross for offensive linemen. But if you need feel, he played on more losing teams than winning ones (not his fault) but was never replaced by even the itchiest of roster disruptors (very definitely his doing). New coaches and GMs love to blow up roster and scatter names to the wind, but just as on the field, nobody could move Staley, or even think about it credibly.

And that ought to be good enough for anyone. He surely has done enough to get his number retired whether he enters the Hall or not (Charlie Krueger and Dwight Clark are the only two of the 12 men to have their jerseys retired without a place in Canton), but even if that doesn't float the boat, he went through four separate eras of 49er football in 13 years and left the place way better than when he found it.

Beat that with a stick.