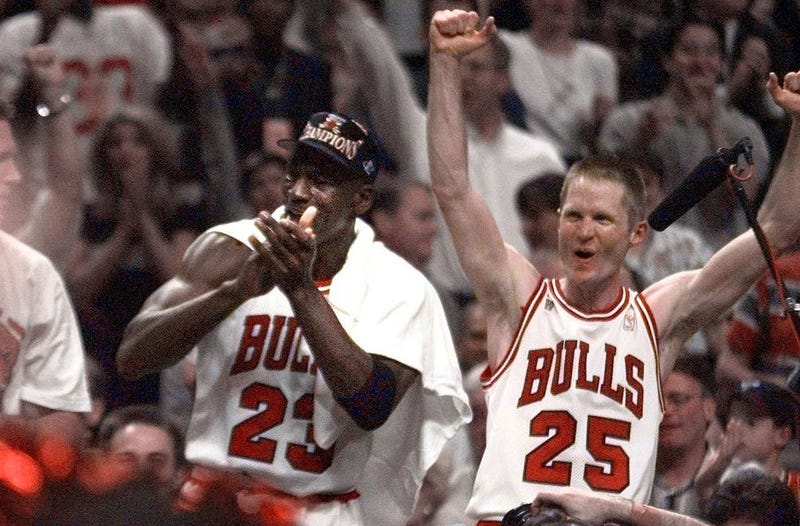 With both Major League Baseball and the National Hockey League in a sudden rush to issue restart plans that are (a) complicated, (b) presumes facts like plentiful tests that are not yet in evidence and (c) borderline daft, there is still this much to be said for them.

At least it will have hasted Michael Jordan's return to the musty past.

The last few notes of The Last Dance will soon fade (unless you are reading this after Sunday's final two episodes, in which case they already have) and we can stop pretending that the entire nation was riveted by the Chicago Bulls in the '90s. I mean, the shows have averaged five million-plus viewers per installment, which means that 325 million people are giving it a miss. Harsh math, but true.

Also, Jordan has revealed himself to be an easily caricatured figure for future animations. He is a generation's idealized version of the essential athlete (which being surpassed by the memories of the next generation, as is always true), but he has red-rimmed eyes, a tumbler of tequila, a cigar as big as a child's femur and a willingness, even eagerness, to punch down in search of his own perfection. He is not, according to the show, a Washington Wizard or an owner of the Charlotte Hornets, but every autobiography gets to skip over the staggeringly dull and unheroic parts.

But it is Jordan's last act as a central figure to contemporary American sport, and it is finally done. We can return to the joys of weary executives and antsy athletes wondering when their jobs will resume — except of course in the NFL, in which four players managed to get arrested in the last week, suggesting that OTAs are in some cases most useful as parole offices.

The NHL plan, as reported by The Athletic's Pierre LeBrun, is to take the top 12 teams in each conference and either have some play-around games and then playoffs, or just playoffs. The Sharks won't be involved. Major League Baseball has a protocol document, but cannot yet show proof that everyone will adhere to it because, well, baseball. In other words, the paper says there will be no spitting, but there will be, because baseball players are particularly skilled at regarding themselves above and beyond mere rules, as any trash can will attest. And the NBA? Still working hard to look diligent and careful about its own 12-sided Rubik's cube of a plan.

Elsewhere, NASCAR got back after it at Darlington, which is the only way to announce a NASCAR event. Global soccer has either restarted (Germany), is about to (many other places, including the US), or never stopped (you stay you, Belarus). Korea has been playing baseball in an attempt to make the NC Dinos a household name across the globe, and Dana White has sped up his particular meatgrinder in hopes of getting either a Medal of Freedom or a tee time at a Trump golf course. Sports is trying to sneak back on tippytoe while not alerting regular folks to the fact it wants you take as given the idea that it is entitled to jump the line in a medical megacrisis.

And every now and then, they tell you why, like this leaked document obtained by Associated Press reporter Ron Blum (https://bit.ly/2AC91LK) about what each MLB team will lose this year with empty stadiums. For the link averse,m the document claims that each game will cost baseball $640,000, with the Giants and A's looking at combined losses of just over $300 million. As always, the work isn't completely shown because the books are never available, but the message is ever the same -- that billionaires losing millions is a disaster. Oh, and that they're doing all this hard work for the wallets . . . er, fans, because mean old Blake Snell hates you.

But never mind all that. Leagues are now in a hurry to get the engines churning again, if for no better reason than the fact that Michael Jordan has finally and forever run his course. And for a growing number of fans who count their only memories as historically relevant, Jordan will become just one more player who wasn't quite LeBron, just as LeBron will someday be replaced. It's the circle of life, only with facemasks.