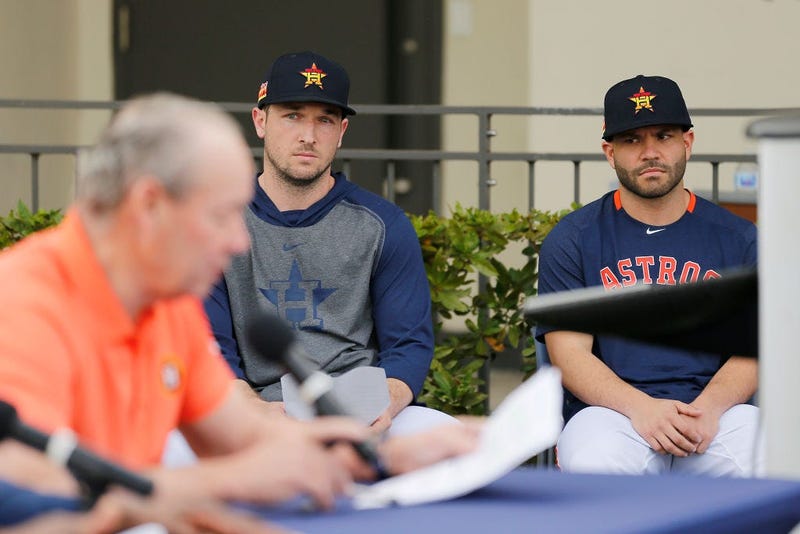 The staged apology never satisfies, ever. The Houston Astros did the dance Thursday morning, a weird combination of taking responsibility, denying culpability and rejecting historical punishment.

Ick. They blew it again, as you knew they would.

Here, we exempt new manager Dusty Baker, who is simply the cleanup crew for this little Chernobyl. He was hired to offer a shield to the organization, but there's only so much a man can do against so many. The Astros bungle public relations because they must, and nothing they stage or plan will work. People know staged apologies don't work. They've heard too many of them.

But here's the one place where they are right: keeping their championship. You can't change history just because you don't like it. You can slap an asterisk on it and say they shouldn't have won, but that's your judgment and you're entitled to it. Take your kids to Cooperstown and tell them the story of the Astros as you know it. Give them your best lecture about cheating. Tell them how the Washington Nationals beat the Astros last year by foiling the Astros' strategies and winning all four games in the Sorcerers' Den. Let them wallow in public shame for the public thing they did. For every hundred people who know anything about the Black Sox scandal, maybe 10 know that the Cincinnati Reds won that series. The bad really does stay with you.

Just don't be all Stalin-y about it, erasing the unpopular because it's unpopular.

Take heart instead at the fact that the Astros have failed across the board here. Jim Crane comes off as the cardboard box he is. The players exposed the apology experts by giving terrible apologies. Jeff Luhnow is effectively banned from baseball and will probably gain his fortune in more nefarious pursuit. Carlos Beltran is the new face of the scandal. A.J. Hinch has gone on a humilation-and-mouthfuls-of-ashes tour. The people who appreciate the Astros' greatness have greatly dwindled in number. Their pride in accomplishment has been dented and their joy greatly reduced.

And that, other than Crane having to return the extra money he made off these teams, which of course is an unthinkable solution to Crane and his 29 fellow owners who might someday be in a similar situation, is the appropriate punishment. In fact, it's better than lying by eradicating championships and grabbing a trophy replica. People will see what the Astros did, they will know how they helped themselves do it, and they will make history's judgment.

Oh, and the preposterous apolog-ette Thursday morning will be part of it.