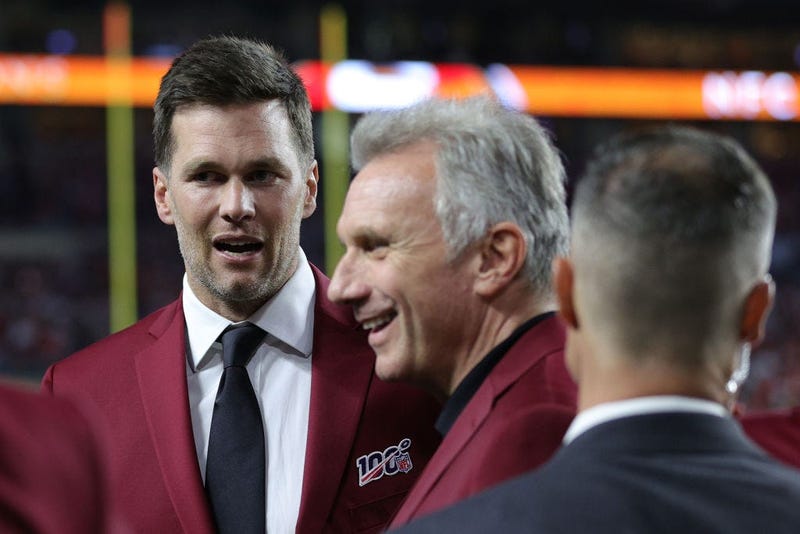 So the San Francisco 49ers have decided to do the sensible, prudent and totally non-wacky thing and pass on Tom Brady. Too bad, that. In a desolate sports world, where the 49ers have few draft picks and no big changes on the horizon, there will be no chat on their behalf.

The logic behind passing on Brady was clear. Jim Garoppolo (once you're 28 years old, you don't get to be called by a name more suited to nine-year-olds) had 15 years and familiarity with the system, played well for most of last season, and saved the team millions with a cap-friendly deal that still has three years to run. Brady was a short-term luxury, if that, because nobody is quite sure how much of last year's statistical decline was him aging and how much was Bill Belichick's inability to reignite his offensive roster.

In short, this should have been common knowledge two weeks ago.

But free agency is about psilocybin dreams and peyote fantasies, ridiculous ideas advanced by unqualified internet nitwits. Brady made sense only to people who wanted to talk about Brady because they have been convinced that everybody wants to hear more about Brady even if there is no Brady-ing to be done. Brady is almost surely going to end up back in New England unless he thinks Tampa Bay has a Super Bowl appearance, more money and less Belichick in them.

They can guarantee two of those.

As for the 49ers, their news in this freshly barren landscape is down to franchise tagging Arik Armstead, if they decide to do even that. The rest is "nothing to see here" until a draft in which they have a late first-round pick, nothing on Day 2, and a few fifth-and-lowers. This is an austerity off-season for a team that needs activity to avoid the long-held truth that Super Bowl losers no longer get back the next year, or the year after that. Since 1993, the last of the four consecutive years in which the Buffalo Bills lost the big'un, only New England returned the next year (2017-2018) and only Denver returned within two years (2013 to 2015). Of the other 25 teams, those that returned at all averaged a wait of almost a decade.

In other words, unless the 49ers are the new Patriots and Garoppolo is either Brady or Peyton Manning, 2020 is likely to feel a lot less 2019-ish. That is, if you believe in history, and if you believe that making a Super Bowl is far more difficult, consider that in the Super Bowl era (1966), 72 teams have improved their year-over-year record by six games or more, and only 11 improved them again the following year. That is essentially regression to the mean with cleats.

This tells us little about the year to come, and there aren't a lot of ways to improve on 13. But Kyle Shanahan the coach could have gotten greedy and decided that Tom Brady cures all ills. Instead, Kyle Shanahan the general manager maintained his firm grip on the wheel and played the countervailing percentage.