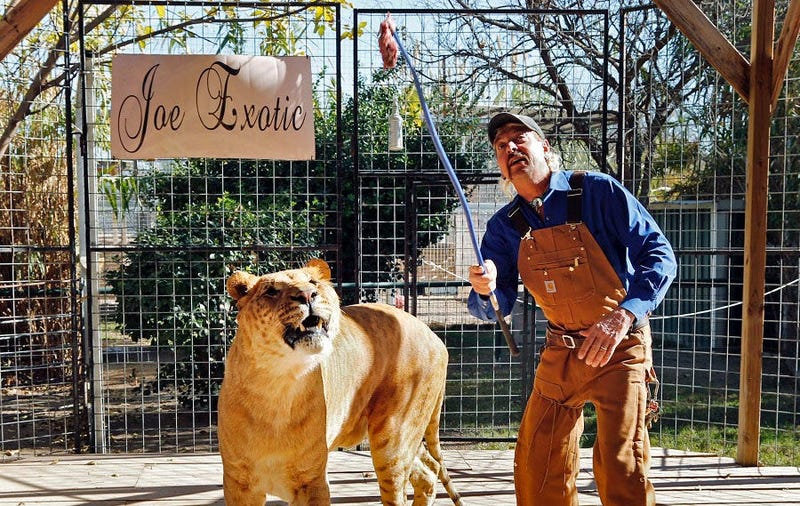 Another week indoors, another week exploring the endless offerings of Xfinity.

This past week was all about documentaries, and as much as I’d like to spend the next 20 paragraphs breaking down “Tiger King,” I cannot.

Why? Two reasons, related: 1) I’m the only person on earth with Netflix who hasn’t seen the new national obsession, and 2) The documentaries — at least 15 — I’ve watched this past week were all sports-related.

I went into it with a plan. Before starting each doc, the majority (but not all) of which are part of the brilliant and seemingly endless “30 for 30” series on ESPN, I wrote down the name of the featured athlete. When the film ended, I wrote next to each name a simple plus (+) or minus (-) sign.

What those signs represented were whether or not my personal opinion of that athlete had been changed in any way, and I share with you my list in hopes that it might save you some time. Because who wants to invest an hour watching something that tells you what you already know?

Marion Jones: She might have gone down as the greatest female athlete of all time. Or at least on the shortlist. She ran, jumped and played basketball at the highest levels, yet to most, she’s just another disgraced PED user.

This is one you have to watch. There is no way in the world you will not be in her corner by the end of it. She has shown genuine contrition, she has nobody to blame but herself, and she is living a clean, admirable life. And did you even know she worked her way into the WNBA after her Olympic debacle? I did not. Fascinating.

Not so fast. The Douglas part of the story is actually way more interesting than the star-downed-by-hubris Iron Mike angle. The man I call “Mike Tyson’s Face Buster Douglas” has some depth to him, and when you hear about his fierce determination to make his demanding father (an ex-boxer himself) proud, you’ll forever view one of the greatest upsets in sports history in an entirely new light.

Christian Laettner: The name of the film — “I Hate Christian Laettner” — says it all. With the exception of those with close connections to Duke University, EVERYBODY hates the guy. He’s given us a million reasons, too. And if there were a ranking of those who hate him most, I was near the top of the list; it’s a UNLV/UNC thing.

I’ll be damned if this incredibly smart, creatively constructed examination of the reasons for our hatred didn’t change my mind. Completely. It’s amazing. I actually LIKE the guy now. Amazing.

Michael Vick: I know, I know. I had the same thoughts that you have going in: Dude killed dogs. Period, end of story, don’t even try to paint him in a good light. It’s a waste of time.

Um, yeeaaaaah. About that. Just watch the film. It’s a beast, no pun intended. One of the few two-parters in the “30 for 30” series. And well worth the investment. I’m not going to say I’m a Vick Guy all of a sudden, but if you watch the film with an open mind, willing to allow that his upbringing and misguided (but seemingly well intended) sense of community mitigate some of the monstrosity, I’m willing to bet you’ll ease up at least a little on your Vick Hatred.

OK, that’s enough to get you going. Take some time this next week to watch what I’ve watched, then check back here next week for more recommendations. Surely you understand by now that we’re gonna be inside for quite some time.

WWHD? Tim Hudson, you’ve got the ball. You’re facing the Astros, knowing all about the scam that likely robbed the A’s of a couple division titles. What Would Huddy Do?

“C’mon, man. Whaddya think I’d do? Use your imagination.”