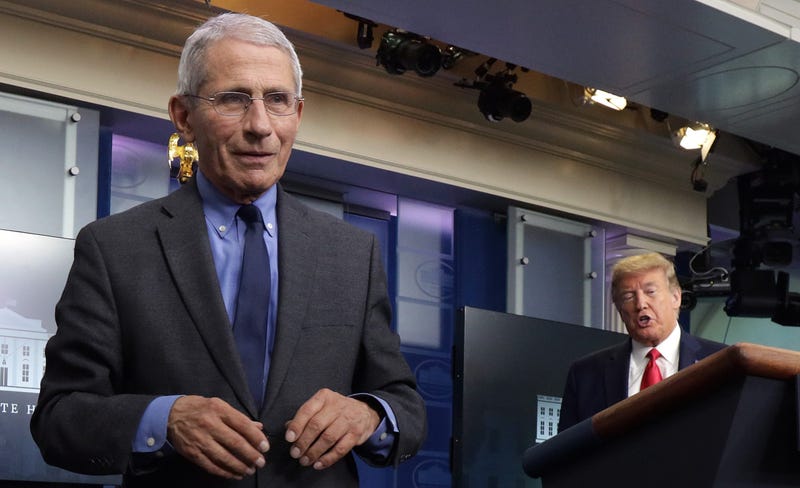 As a “sports lifer,” which I define as one who has played and worked in the Toy Department, I’d like to see a resumption of the games people play as much as anyone.

Actually, that’s not quite right. It seems as though at least one person I’m aware of wants sports back in action even more.

His name is Donald Trump, and that he’s banging that drum so loudly is a rich little bit of irony.

How so? Well, can you think of a less sports-friendly President in your lifetime?

I’ll wait. You’re probably going to need some time on that one, because Trump has not only never been an athlete himself, but he’s been almost anti-sports since taking office.

From calling socially conscious NFL players names, to publicly blasting two of the most likeable NBA figures in recent history — our Warriors’ own Steph Curry and Steve Kerr — to serving fast food to champions visiting the White House, Trump has made it clear that sports really aren’t his bag.

So why is the man so focused on getting sports back up and running?

That’s an easy one. Even Trump knows how badly we could all use an escape from reality. It’s the role that sports plays best.

What he doesn’t seem to realize is that some fans don’t want sports back just yet. And why is that?

Hmmmmm. Might it be that even sports lifers know we’re not even close to ready for it? Of course it is.

Dr. Anthony Fauci, the leading light during much of the pandemic, is a Washington Nationals fan. He’d very much like to see the World Champs back on the field.

California Governor Gavin Newsom is a big sports fan, too. Surely he’d like to see Curry back to launching 3’s from 30 as soon as possible.

But there’s a big difference between a want and a need. Do we NEED sports right now?

(So many questions today, Urbs!)

Hell no, we don’t need sports right now. We don’t ever really need them. They are a luxury, and right now we don’t have that luxury.

Dr. Fauci and Newsom get it, which is why they’re very clearly telling anyone and everyone to pump the brakes. There is far too much work to do before we worry about when we get to play and watch games.

They are dealing with truth. With reality. Not exactly strong suits of our President, right?

Which begs one more question, this one regarding our most recent presidential election, and I’ll put it in sporting terms even our least athletic prez can understand:

Can we PLEASE get a mulligan?