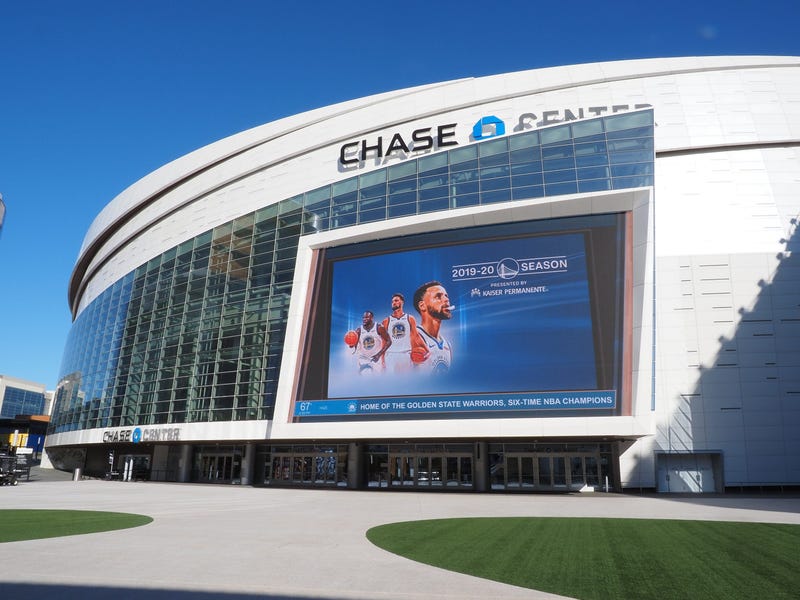 Amid the sea of suggestions about resuming sports normalcy, whatever the hell that is, the NBA's send-everyone-to-Vegas scenario is the newest in some ways the most implausible and tone-deaf.

It isn't so much that it wrongly assumes a pandemic only comes once and then goes away, or that resuming games without a vaccine to defeat the thing that caused the season to implode is stunningly dangerous, or that gathering up more than a thousand people in one place and assuming no contagion would result seems sensible. Because it isn't.

In fact, we will forgo the notion that any responsible city, county or state entity would be allowed to do this for one sport and not have the keepers of the other sports want to do it too. In short, the contagion field for a Vegas bubble tournament wouldn't be just the people in that bubble, but the other bubbles in other parts of the country that the other sports would justifiably (and wrongly, of course) demand. Until further notice, all these ideas are bad, an absurd Wrestlemania-ization of all sports, including those that involve minors (say, Olympic or college sports).

So let's go to the question that irks today, which is this: Why exactly do these seasons need to be finished at all?

And no, we already know that the real reason is to salvage some of the money the owners and entrepreneurs are losing by not holding them, so don't bring it up. We got that already.

But in terms of finishing a season, the calendar controls as much as the virus. For as long as there is no safe (as in not potentially dangerous) way for people to gather, the 2019-2020 season is utterly disposable. There is nothing wrong in any way in having no championships in a given year for reasons of pandemic, any more than losing Wimbledon for five years because of World War II or the NHL to cancel its 1919 playoffs because of the flu epidemic. Just leave the line blank. People will figure it out. Sometimes pathology as well as insanity makes humanity take a knee, no matter how many times you invoke the power of the human spirit.

Toward that end, it should help you to stop fixating on the current season if the virus eats the calendar. In the case of the NBA's Vegas-palooza in whatever form it takes, does pushing it back to August or September worth the bother? When does savaging the 2020-21 season calendar to close a bastardized 2019-20 become too high a giveback?

Understand here that we are not declaring the world unsafe for months to come. We have people in lab coats and sterile masks and gloves for that. The virus is gone when it's gone and not before, and no human who is not an immunologist gets to decide that. If it dies off in some cheap-science-fiction-film ending on the Fourth of July, fine. Schedule whatever the hell you want. I mean, that's not the way to bet, but we're throwing you a bone here.

But if in the more likely scenario that we are still being told to scrub our hands down to the irritated stumps well into summer, turning our focus to 2020-21 and entirely skipping an already-bastardized 2019-20 isn't such a bad call. This is not a pro- or anti-game argument. We all want games. But there is a point at which people will have to prepare to give up the mangled seasons they have for intact seasons down the road, and thinking up bubble events at the risk of violating both quarantine orders and medical safety is a way worse idea than thinking about saving next year.

Because this year pretty well blows no matter what.