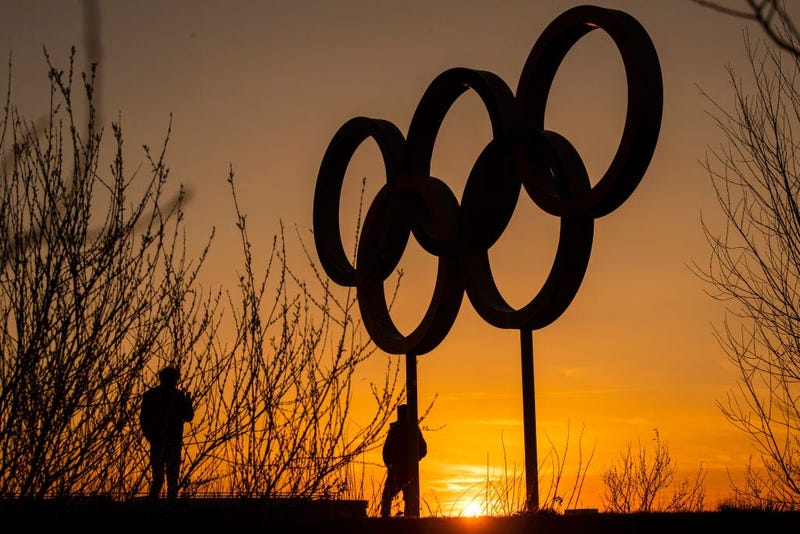 The 2020 Tokyo Olympics have a new sell-by date, but otherwise nothing much has happened.

Except that when you get down to it, it will resume (in all likelihood) in a new world, in which national borders have been mocked by nature. COVID-19 took care of that, no matter how many times government stooges want to call it the Chinese Virus. The disease is, to use a tiresome Olympics metaphor, dominating the medal count.

Now it will be too much to ask to change the Olympics so that nationalism isn't the central pillar upon which they stand. We cling to old and tired ideas well past their sell-by dates because, well, we're too lazy to rethink them. When the Games are opened, all the national flags will be there, waving and being waved as always even though we as a species are being given a hard lesson in their essential lack of value save as a stick to use upon each other.

There never has been a compelling reason to use nationality to keep score in the Olympics because as an ideal it is supposed to be a celebration of globalism through sport. But if not for nations, how else can we use the games for the one purpose they are supposed to defeat — using the results as a separator designed to say only, "We're better than you," or its corollary, "You probably cheated." The Olympics are nationalism without the guns.

But as we said, it won't be any different in a year. There will be 207 flagpoles instead of the only one we need, and there will be 207 Olympic committees all fighting for their own piece of this weird, deflating souffle. It may not be what we need, or even what we say we want, but it's what we're used to seeing, and we are probably no longer capable of thinking of the Olympics except as a 207-piece jigsaw puzzle in which the centerpiece is always wherever you happened to be born. Which, if you think about it, isn't even an accomplishment but an accident of your parents' location at the time of your birth.

So yes, the IOC did the only thing it could do (thereby pissing off the Russians, which is its own Olympic sport), and the only thing it would be allowed to do. But a year from now, we'll be back at it in the same old way for the same lame reason — to use athletes' dreams as tools for a status quo that COVID-19 has essentially rendered irrelevant. In short, no greater lessons can be learned except that the status is very decidedly still quo, and the only thing that will change is a bunch of zeros turned into ones. Reconsidering what the Games actually should stand for in a post-pandemic world? Nahhh. No time for that.