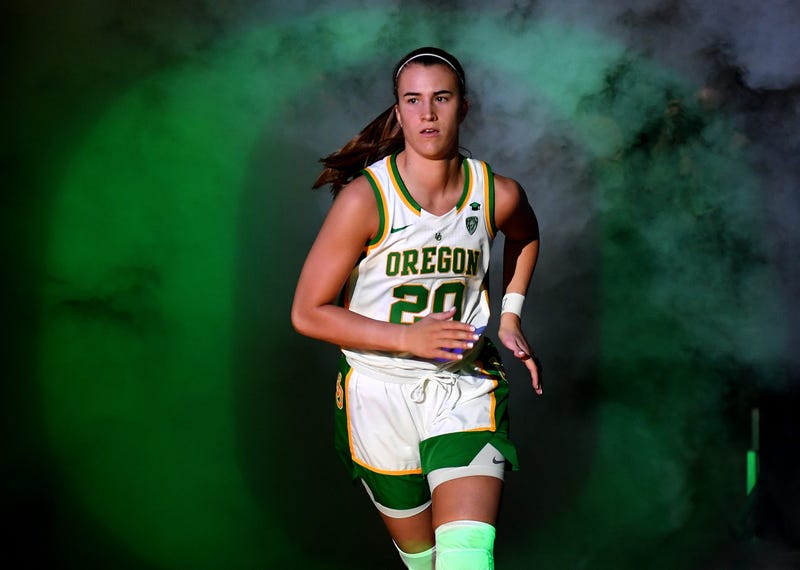 A lot of athletes have reason to feel aggrieved by circumstance these days for a lot reasons, many of them time-, opportunity- and money-based. Times are hard, we get it.

But Sabrina Ionescu, the Oregon women's basketball cyclone-in-shoes who was just named Associated Press Player of the Year, has both the circumstances and the vibranium spine to earn the title listed above, because nobody has watched more things disappear than her.

First, her last chance to win an NCAA title is gone unless the company decides to extend everyone's eligibility by a year. She stayed in Eugene after the Ducks lost to Baylor in the Final Four because she wanted another shot at it. Now that's been wiped out, and to make virtual things virtually worse, ESPN's for-poops-and-giggles 2020 pretend tournament has Oregon losing in the semifinals to… Baylor, so pixelated Ionescu gets undone as well.

Second, the WNBA is out, meaning that Ionescu cannot take either her real trophy or imaginary heartbreak to the pay-for-play field, nor could she go overseas because there's no overseas basketball, either.

And now, the Olympics, as long predicted and more recently reported, are being shelved for a year because not shelving the Olympics would have been an act of serial criminality. So the gold medal she almost surely would won is now another deferred dream.

To be fair, the Miramonte High School graduate (I decline the misplaced opportunity to call her a product, sorry) will get another crack at pro and Olympic ball, though the NCAA dream seemingly has been torpedoed. That is why she isn't really a victim in the true sense, not in a time in which actual victims are shamefully easy to find.

But women's basketball was growing in true, measurable and enduring ways as a part of our sporting landscape in part by Ionescu as the leader of the next wave of great women's players, and that momentum may not be regained in a post-'Rona entertainment culture. It's hard to know our culture will view sports when this is done, so nothing should be assumed as a given except that football will squeeze money out of turnips no matter what time of year there is, to the point that the only person in America who doesn't seem to need the game's outsized benefits at all is Peyton Manning.

Even if the women's game resumes its growth track, though, one of the things it will have to cope with is an Ionescu whose already-flinty competitive streak is both heating and pressurizing. She didn't get her crack at the NCAA title she deferred money to chase, she didn't get the WNBA career, she didn't get the Olympics, and while she could eventually punch two holes in her card next year, this much is certain.

She's going to be pissed when the time comes. Focused, driven, and very definitely pissed.