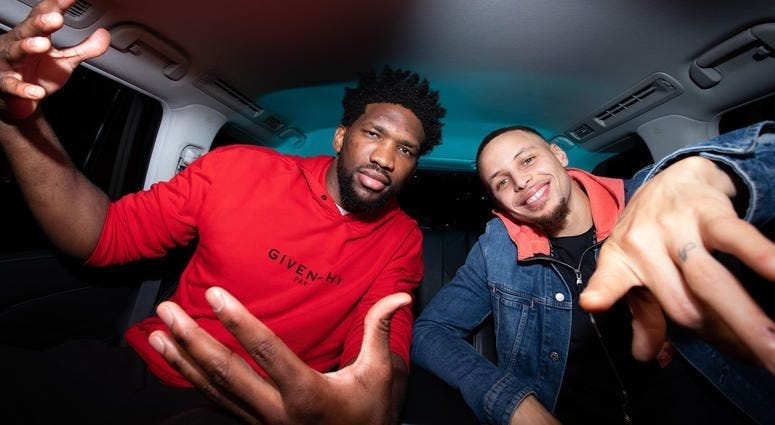 In the clip the superstars revealed their all-time lineups.

Then Embiid revealed he would put himself at center and things got interesting...

For those keeping track at home, Embiid isn't a free agent until the conclusion of the 2022-23 season.

Check out the video of "Five Minutes From Home" below.

“Hopefully we get the opportunity to play together.” - Joel Embiid to Steph Curry -------------- pic.twitter.com/ykDBsyeHHS