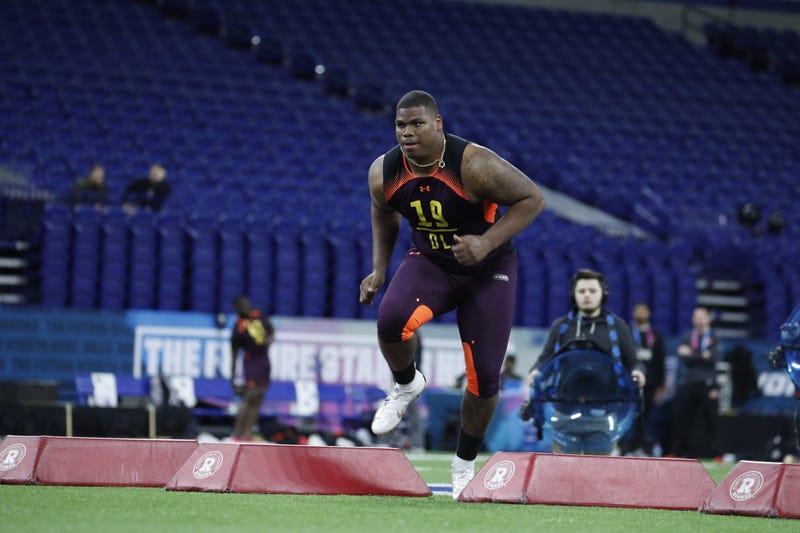 With the NFL draft looming at the end of the month, the season of due diligence (and strategically leaked reports) is in full effect.

Alabama’s Quinnen Williams will be spending plenty of time in the Bay this week.

#Bama DT Quinnen Williams, projected to be one of the draft’s top picks, begins his Top 30 visits at the top of the draft. Source said he’s flying today to visit the #49ers tomorrow. On Wednesday, he’s at the #Raiders. ... Picks 2 and 4.

The Cardinals meanwhile, who have been heavily linked to Heisman-winning QB Kyler Murray, are aggressively scouting Nick Bosa, the other defensive game-wrecker sitting atop draft boards in war room across the country.

The Cardinals will host Ohio State DE Nick Bosa in Arizona on Thursday and Friday, per source. It's one of Arizona's 30 allotted in-house prospect visits.Bosa also had dinner with the Cards brass on Friday night in Fort Lauderdale. So the team is doing plenty of work on him.

Last week at the owners meetings, GM John Lynch confirmed that that Bosa (and Williams) who be among the prospects paying a visit to Santa Clara.