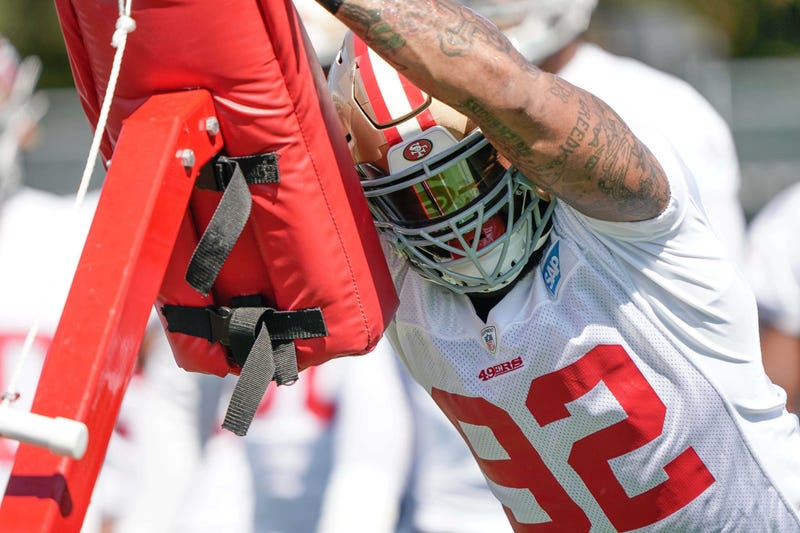 Saying the defense dominated Day 4 of 49ers camp would be an understatement. They controlled the day across the field.

On the other hand, the offense looked sloppy, but the defense had a hand in that.

The defensive line was the showstopper. The D-line leads the O-line in one-on-one drills and in the 11-on-11 portion of team practice. They put pressure on Jimmy Garoppolo in the pass game while stifling any run play sent their way.

DeForest Buckner was wreaking havoc up and down the trenches Tuesday. The 49ers added pieces to the defensive line will free Bucknew up for more one-on-one matchups this season. If Buckner can build off a strong 2018 he could be considered a candidate for NFL Defensive Player of the Year.

Garoppolo had one of his worst days of camp so far in Santa Clara. No long touchdowns or sleek scrambles like Monday. He completed limited passes in team 11 vs. 11 drills and didn’t look himself. After the end of practice whistle sounded, Garoppolo stayed with George Kittle for some extra work.

Even when Garoppolo didn’t have the football the offense struggled to get anything going. The defense played with a sense a swagger while the offense looked overwhelmed. The defense is gaining confidence each day which should put some pressure on the offense.

The defense has had the upper hand throughout the start of 49ers camp, but it’s still too early to start worrying about the head coach Kyle Shanahan’s offense. Camp’s first day off on Wednesday could reset things.

Kentavius Street, the 2018 fifth-round pick, was all over the field during Tuesday’s practice. Street lined up on the interior of the defensive line and out on the edge. Saleh praised his versatility after practice.

“He’s an edge setter in the run game and he’s going to make his hay on the inside rushing the passer,” Saleh said.

The defense's top coach said he envisions Street playing a role similar to Arik Armstead and Solomon Thomas on the defensive line.

Street showed off a few different pass rush moves in the offensive and defensive line one-on-one portion that were impressive. He stacked back rookie offensive tackle Justin Skule on one rep then finessed his way by Skule on the very next rep.

Street missed all of his rookie season with a ACL injury and will need to stack together good practices like today to carve out a role on this deep defensive front.

Each day of training camp one receiver shines which is a good and bad thing for the 49ers. The Niners look to have eight different receivers who have a shot at making this team. Dante Pettis, Deebo Samuel, Jalen Hurd and Marquise Goodwin seem like locks. Players like Trent Taylor, Richie James, Kendrick Bourne and veteran Jordan Matthews will be in competition for the final few slots.

James and Taylor have been two of the more impressive receivers in camp so far, but Bourne has a rapport with Garoppolo, while Shanahan seems to value Matthews versatility. No matter how this competition falls out there’s almost no chance Shanahan keeps eight receivers making this battle one of the tightest in camp.