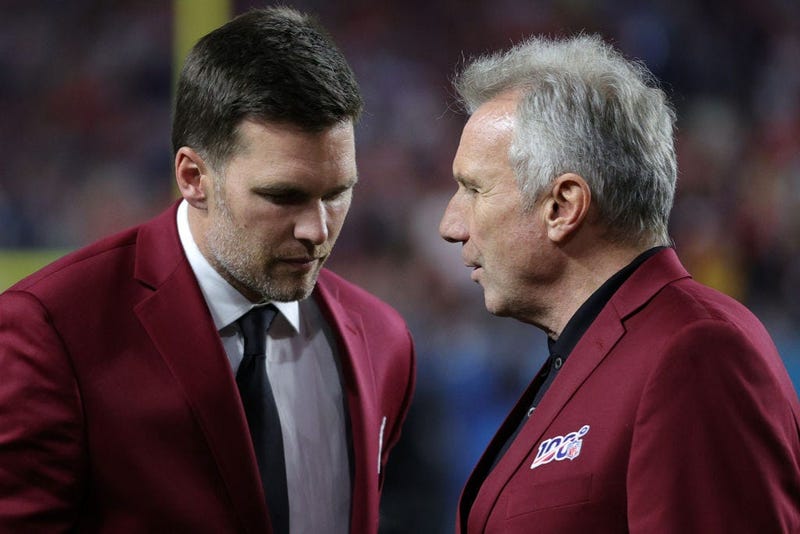 Ahh, we all knew it was coming. The Tom-Brady-to-the-49ers speculation, wreckless, entertaining — the kind of thing that makes you tilt your head and say, “Hmm.”

ESPN’s Bill Barnwell kicked off the conversation with the caveat that there’s about a .01% chance this thing happens but…

Brady grew up in San Mateo idolizing Joe Montana, the Pats’ dynastic window looks dangerously close to slamming shut and the 49ers, fresh off a Super Bowl dud, are on the rise.

“The 49ers have a better line, better weapons and just as good of a defense. They almost certainly have a better offensive playcaller. The Patriots are more familiar and have Bill Belichick. I still think Brady will end up staying in New England, but if he were to leave, the 49ers would be a very tantalizing opportunity," Barnwell reasoned.

As Barnwell details, the salary cap wouldn’t be the issue. Cutting Jimmy Garoppolo would leave the 49ers with just $4.2 million in dead money. And for all the talk of Jimmy “leading” the club to a 13-3 regular season record, there’s the unavoidable reality that late in the fourth quarter of the Super Bowl, when the 49ers needed Garoppolo to orchestrate a scoring drive, he not only failed to deliver but was flat-out bad.

Oh, but the take just keeps getting even better. Brady and Jimmy G are both repped by Don Yee. And, as Barnwell speculates, the Niners could flip Garoppolo back to the Patriots.