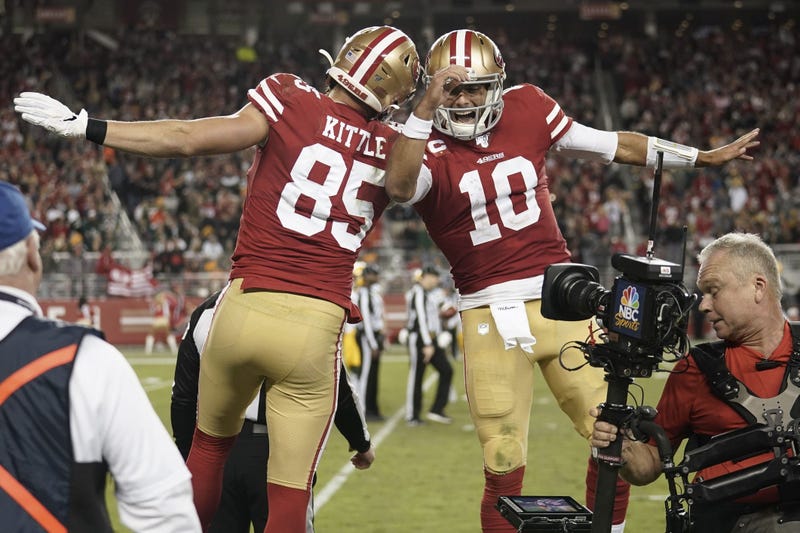 A theme that's followed the San Francisco 49ers through the first 12 weeks of the season has been the glaring fact they haven't beaten another elite team yet— after a 37-8 dismantling of the Green Bay Packers in front of a national audience, that narrative is officially dead.

The 49ers have checked off close to everything you want when it comes to being considered an elite team. Great defense with a solid run-game, two things the 49ers have, but there was still the question of how they'd look against another playoff-bound team not named the Seattle Seahawks.

Dominating a team like the Packers provides something the 49ers haven't had the chance to have this season— confidence against another contending team.

“Apparently nobody has to play us. We’ve just got to play everybody. We’re just the punching bag that people come punch on.”Richard Sherman on if #49ers getting the appropriate amount of respect. pic.twitter.com/tjo5YkFNGV

The 49ers last-minute loss at the hands of a division rival like the  Seahawks seemed to linger with this team when they fell down 16-0 against an inferior opponent like the Arizona Cardinals. That is now erased. A win against another contender was the last box the 49ers needed to check to be considered elite.

It wasn't just inching out Green Bay for a win; it was a wire-to-wire win in convincing fashion against an eight-win team. The 49ers scored on their first offensive play of the season after Fred Warner forced a fumble against Rodgers on the opening drive of the game. The 49ers defense kept their foot on the gas the entire game, starting with Warner and finishing with standout rookie Nick Bosa.

Bosa was a nightmare for the Green Bay Packers, looking unblockable at times. The door was open Bosa's dominant night when Green Bay's starting right tackle, Bryan Bulaga left the game injured. Backup Alex Light entered, and Bosa went to work. Bosa officially had one sack but was in Aaron Rodgers' face on close to every drop back.

Nearly every defensive player who stepped on the field for the 49ers played at a high level, especially once proclaimed "busts" Jimmie Ward and Arik Armstead. Both Armstead and Ward are having two of their best seasons in 49ers red. Ward was all over the field, racking up six tackles and two pass breakups, while Armstead turned a two-sack game.

Fred Warner takes us through his game changing forced fumble on first series of the game that set #49ers up to take a quick 7-0 lead. pic.twitter.com/SnuWT3tNJv

The fact, Rodgers has hardly been mentioned so far, tells a large part of the story— he was unmentionable against the San Francisco defense. He threw for only 104 yards and one touchdown on 33 attempts. It was a mixture of secondary and pass rush control from the 49ers defense. More impressively, the Packers were coming off a bye week to play the 49ers, and they only scored eight points.

On the offensive side of the football, the story starts and ends with the return of "the people's tight end," George Kittle. Kittle changed the face of the 49ers offense, unlike last week where things looked choppy and out of rhythm, Shanahan's unit looked smooth, in large part due to having No. 85 roaming the field.

Statement win for #49ers?George Kittle: “I think it was a pretty good statement. Our defense is absolutely incredible. I can’t say enough about them.” pic.twitter.com/XDSbSiBq8d

The 49ers won't have much time to celebrate, as their tough road continues on to Baltimore and MVP-front runner, Lamar Jackson.