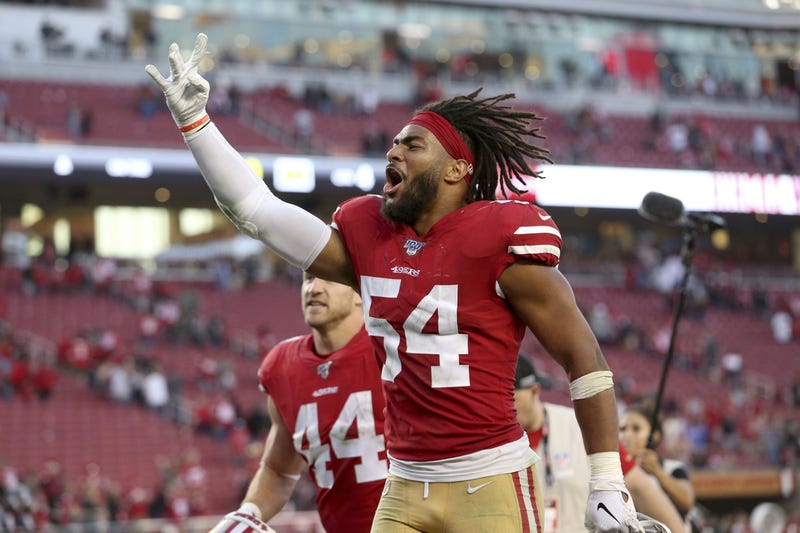 The Arizona Cardinals marched into Levi’s Stadium and punched the San Francisco 49ers in the face jumping out to a 16-0 lead, luckily for the 49ers it’s not about how you start; it’s how you finish.

The Cardinals were able to hang tough with the division-leading 49ers, for the second time in three weeks, but in the end, San Francisco was able to rally late to get back into the win column.

This was a game the 49ers needed to get back on track after losing their first game of the season last week. The last two 49ers games have come down to the wire, but unlike last week versus the Seahawks, they were able to steal the win versus Arizona.

Kyle Shanahan said there were a lot of stressful similarities in the win versus the Cardinals and the loss versus the Seahawks, but this one is a lot more fun.

The 49ers started the game flat, the defense looked overwhelmed by the playmaking ability of Kyler Murray and Jimmy Garoppolo’s woes from last week bleed into week 11. The 49ers finally showed some life when Richie James took a pass from Garoppolo 57-yards into Arizona territory. Shanahan said that play alone loosened up the 49ers.

The 49ers were able to slowly but surely claw back into the game with a pair of Ross Dwelleye touchdown catches. They completed the comeback late in the fourth quarter with Jeff Wilson Jr.'s first touchdown reception of his career. Shanahan was proud of the resiliency his team showed.

“The guys are just resilient and just kept coming — we’re able to finish it out the right way,” said Shanahan. “By no means was it perfect, but proud of how the guys kept fighting.”

Shanahan mentioned the loss to Seattle last week as a reason why the 49ers were able to come back versus the Cardinals.

"There was definitely some good things, and there was some really bad things. It reminded me a lot of Monday night."-Kyle Shanahan on the 49ers 36-26 win against AZ pic.twitter.com/B9wT2WIAfx

Not only is it good for the 49ers to get back in the win column, but the dramatic fashion of a late victory will provide the team some confidence heading into their toughest stretch of the season.

The 8-2 Green Bay Packers will be in Santa Clara next weekend for a tangle with the now 9-1 49ers. Following Sunday Night Football next week the 49ers will travel to New Orleans and Baltimore. By then end of the 49ers three-game stretch, they will have played three division-leading teams. They simply couldn’t afford to drop a letdown game to the Cardinals at home before they take a step up in competition.

“It doesn’t matter which way we have to win, we’ll find a way.”Garoppolo on the #49ers comeback pic.twitter.com/wXPEtqXaAQ