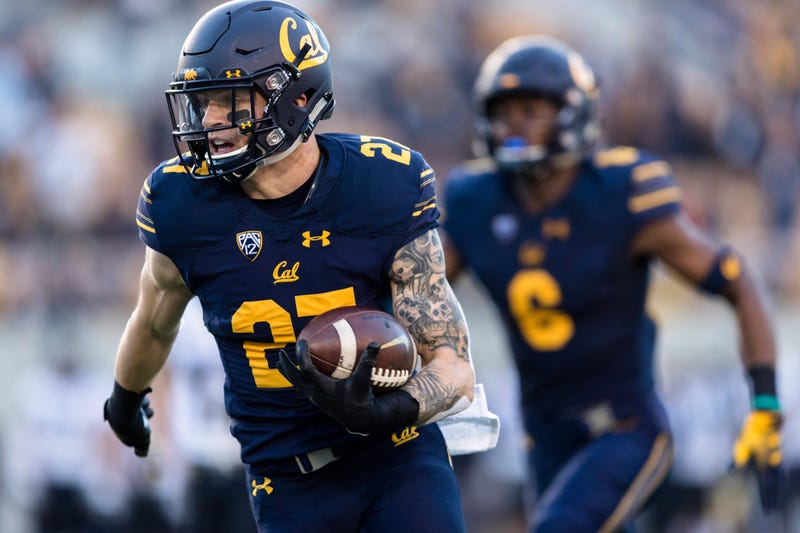 With limited pro-days, meetings and availability, the 2020 NFL draft is poised to be full of surprises, trades and maybe even some technical difficulties.

Before the clock is officially slated to start, there's always time for one last mock draft. Without further ado, here are 32 predictions for the first round of the 2020 NFL draft.

(There are no trades in this mock draft)
1. Cincinnati Bengals: Joe Burrow, QB, LSU

Here is where the draft starts — do the Miami Dolphins, or a surprise team move up to grab Tua Tagovailoa? With no trades, the Lions stay put and grab the best defensive prospect, not named Chase Young.

The Buckeye product is as clean of a defensive back prospect as it gets. In addition to his mirror-like footwork, Okudah’s blend of patience and burst make him a genuine blue-chip prospect.

While Isaiah Simmons and a trade back might be entertaining options for the Giants, Dave Gettleman loves his hog-mollies. After selecting a running back and quarterback with early selections in the past, Gettleman and the Giants address their protection with the best offensive lineman in the class, Jedrick Wills.

Tua Tagovailoa is an incredibly talented quarterback prospect. Yet, injury concerns and mock draft fatigue has stretched the gap between him and Burrow.

However, Tagovailoa’s quick trigger and pocket presence give him the skillset NFL teams crave. After nearly a year of hype, the Dolphins complete the #TankForTua plan.

If Tagovailoa is off the board, the Chargers could wait on a quarterback to select a tackle they desperately need to protect Tyrod Taylor.

The Carolina Panthers are leading candidates in the race for Trevor Lawrence in 2021, but in the meantime, they bring in his college teammate. Matt Rhule covets speed, and he gets it with the draft’s most versatile weapon.

Kliff Kingsbury’s Cardinals make for another strong trade down candidate, but in this projection, Kyler Murray gets a bodyguard for the left tackle position. To get the football to DeAndre Hopkins, Murray is going to need time.

With holes across the field, Jacksonville could go a bevy of directions in the top-10. Derrick Brown, Justin Herbert and Henry Ruggs are all intriguing options, but to start their latest rebuild, the Jags grab a cover corner to replace Jalen Ramsey.

While there are questions about CJ Henderso —  his quickness in man coverage makes him a prospect the NFL won’t wait on.

Although the Browns need an offensive tackle, Derrick Brown’s value is just too good to pass on at this point. In their first draft as a front office, Andrew Berry and Paul DePodesta land a plug and play prospect.

A dream scenario for Jets with one of the top-four offensive tackle prospects falling to New York at 11. If the Jets don’t get lucky with the offensive line, they could look to get Sam Darnold help with a wide receiver like Henry Ruggs III.

Remember what I said about 2020 being a draft with surprises? The draft’s top receiver falls off the board right before the 49ers take the clock. While this may not be the sexy pick 49ers fans want, Cesar Ruiz is a player to get excited about.

If the playoffs are an indication of what the 49ers offense will look like in the future, Shanahan will covet a center he can rely on. Weston Richburg played well when healthy, but there are question marks around the interior of the 49ers offensive line.

Ruiz is an intelligent center with versatility across the interior. He’s a fluid mover with a locked-in radar that quickly finds defenders on the move.

With an abundance of value deep into the draft, the 49ers could choose to eye a pass catcher when they’re back on the clock later in the draft.

In a win-now move, the Buccaneer push all their chips in to grab the best slot receiver in the draft class for Tom Brady.

John Elway taps an explosive playmaker to line up across the field from Courtland Sutton. Suddenly, Drew Lock is surrounded by young weapons with Sutton, CeeDee Lamb and Noah Fant in his second season as quarterback of the Denver Broncos.

While trade back options have been mentioned, the Falcons are reportedly hungry to trade up. In this mock draft, they won’t need to. Javon Kinlaw is a game wrecker inside that could tumble right into Atlanta’s open arms.

Dexter Lawerance across from LSU’s K’Lavon Chaisson makes for a nasty pass-rushing duo in big D.

After taking their franchise quarterback, the Dolphins select a present for the defensive-minded, Brian Flores.

After getting a blast of speed with their first pick, Mike Mayock and John Gruden select a cornerback that fits in with the Silver and Black mystique. Johnson is a competitive corner with the quickness to back up his aggressive playstyle.

After falling out of the top-five, the Jaguars take a shot on the former Oregon Duck with their second pick of the first round. Justin Herbert has prototype size with a rocket right arm, but does he have the intangibles to lead to a team to the Super Bowl? Jacksonville will be the team to find out.

After ripping through their depth chart to find a receiver, Howie Roseman nabs a No. 1 option for Carson Wentz with Alabama’s Jerry Jeudy.

Jeff Gladney is a gritty player that plays bigger than his size —  a glass slipper fit for Mike Zimmer’s defense.

Patrick Queen can run sideline to sideline with coverage skills to lock up the middle of Bill Belichick's defense. Although Brady is gone, the Patriots defense is still a high caliber unit that gets some help with Queen at linebacker.

While Jordan Love still needs to develop, his ability to sling the football all over the yard with ease will excite NFL decision-makers. The Saints get their heir to Drew Brees with the Utah State product.

With Stephon Diggs in Buffalo, enter the former Sun Devil.

When you have three picks in the top-32, a running back in the first round is a luxury the Miami Dolphins can afford.

On top of his dynamic running traits, Clyde Edwards-Helaire's skillset as a pass-catcher will give the Dolphins’ new quarterback a reliable safety net early in his career.

After years of moving back in the draft, John Schneider selects a player getting comparisons to Kam Chancellor with Jeremy Chinn.

The Ravens’ long streak of vicious linebackers roaming the middle of the field continues in 2020 with Kenneth Murray at pick 28.

Zach Baun’s football IQ, hand usage and versatility give Mike Vrabel another young option on the edge to deploy across from Harold Landry in Tennessee.

While there are injury concerns, Laviska Shenault possesses the unique potential to be a game-breaker at the next level. Green Bay gets a play-making, do-it-all offensive target for Aaron Rodgers.

Despite the run on wide receivers in the first round, the wait pays off for Kyle Shanahan and John Lynch when Michael Pittman Jr. is still available at the end of the first round. Pittman has consistently appeared later in mock drafts, but his strong hands and physical presence give him round one traits.

At 6-foot-4, Pittman can give the 49ers a wide receiver that can go up and get the ball in the Redzone. Outside of catching the football, Pittman is a nasty blocker in the run game that can also fit right in on special teams.

With Chris Jones floating around the trade block, the defending Super Bowl champions seize his replacement with the final pick in the first round.