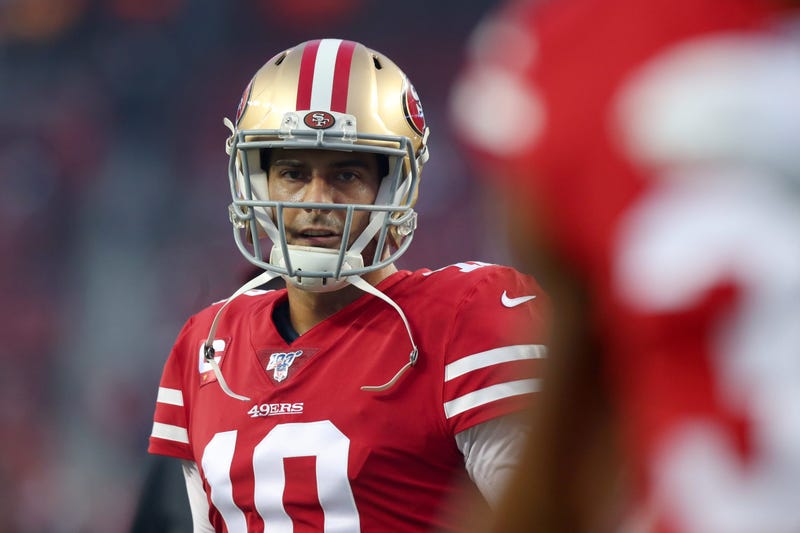 Since the 49ers fell to the Seattle Seahawks on Monday Night Football back in week nine of the NFL season, one thing has mattered, getting the chance to catch the Seahawks in the final week of 2019. For the 49ers to have the opportunity to control their destiny and secure a bye in playoffs by beating Seattle in week 17, San Francisco had to take care of business against the Los Angeles Rams.

It feels like it’s beginning to be a common theme with the 49ers — close games that come down to the wire, but when Jimmy Garoppolo has his back against the wall, he delivers.

Garoppolo answered late in the fourth quarter with a touchdown pass to George Kittle to take a three-point lead, only to have the Rams respond with a game-tying field goal.

Garoppolo and Shanahan were given the ball with two and a half minutes remaining with their chance of having a first-round bye in the NFL playoffs on the line. Similar to what he’s done throughout the season, Garoppolo dramatically answered the bell, icing the game with two 3rd-and-16 conversations.

After getting sacked, twice on the final drive of the game, Garoppolo got up and delivered separate strikes to Kendrick Bourne and Emmanuel Sanders on third down to set up a game-winning field goal from Robbie Gould as time expired.

The game still could be in overtime if Garoppolo couldn’t convert both 3rd-and-16 situations, which is improbable as it sounds, even for Kyle Shanahan, who said converting on that down and distance are less than 10 percent of working.

When Garoppolo was asked about his 3rd-and-16 plays, the quarterback stayed on brand with his answer — a simple “It was the exact situation we were looking for,”

Jimmy G on all things 3rd and 16.“It’s the exact situation we were looking for.” -- #49ers pic.twitter.com/HEciqy4Z9R

As exciting as it is that the 49ers won in last-minute fashion to give them a chance of stealing a first-round bye with a win in Seattle next week, this game meant more to the 49ers than any possible playoff scenario.

It was announced early Saturday morning, Clayton Beathard, the brother of 49ers backup quarterback, C.J., was stabbed to death in Nashville, Tennessee. Shanahan and the rest of the 49ers were somber after the team’s thrilling win.

“It was a tragedy,” Shanahan said after the game about the loss to the Beathard family. “We’ve known CJ for three years, and he’s as good as any person I’ve been around, their family is unbelievable.”

Linebacker Fred Warner said the 49ers wanted to win this game for Beathard.

Richard Sherman told reporters after the game that Beathard’s last words to Shanahan were, “just go out and get the win,”

“We wanted to do everything we can to give him something positive ... As a teammate, as a team you do everything you can to try and comfort to be there and all we can do is win.”#49ers Sherm on winning for C.J. pic.twitter.com/igkv0FiDyf

Shanahan fulfilled Beathard’s wish on the back of Garoppolo’s late-game heroics.

As emotional of a win as it was, the 49ers have zero time to celebrate, as NFC West winner take all matchup looms against the Seattle Seahawks. Shanahan said he’s trying not to look ahead, but there’s no doubt this team is excited to face their division rival with a first-round bye on the line.

“I love it,” DeForest Buckner said about getting the chance to play Seattle for the NFC West crown. “It’s a big deal for us to get a first-round bye and rest up, but also we haven’t beaten Seattle in Seattle in a long time.”

A game that’s been hyped for over a month will finally come to fruition next week when the 49ers travel to Seattle with the opportunity to take home the NFC West championship and a first-round bye in the NFL playoffs.