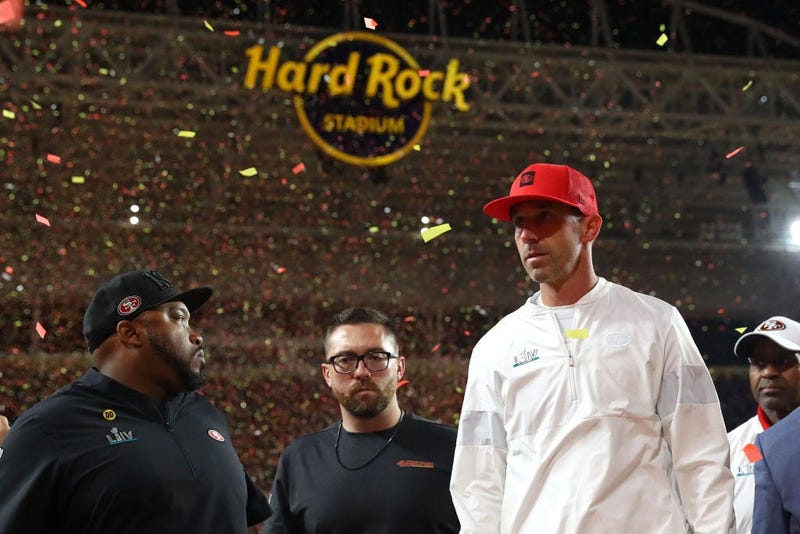 Sifting through the wreckage of a Super Bowl collapse, Kyle Shanahan very much stands by his decision not to call a timeout near the end of the first half.

“Not using the timeout there was a no-brainer,” Shanahan said, as he sat on the dais in Santa Clara on Thursday, GM John Lynch at his side.

John Lynch addresses wanting Kyle Shanahan to call timeout late in first half & Shanahan doubles down saying he wouldn’t do anything differently as far as how he managed the clock before halftime. #49ers pic.twitter.com/CKxGN92RZx

Lynch was caught on the TV broadcast signaling for time as he watched on, high above, from his Hard Rock Stadium suite.

John Lynch, like the rest of us, thinks Kyle Shanahan should’ve used a timeout.pic.twitter.com/IyHBj0a3Fr

For a bit of context, after the Niners stopped the Chiefs with 1:53 to go until the half, Shanahan didn’t pause the clock, despite having three timeouts.

Kansas City then proceeded to run off 498 seconds while punting. Shanahan was concerned about giving the electric Patrick Mahomes another possession.