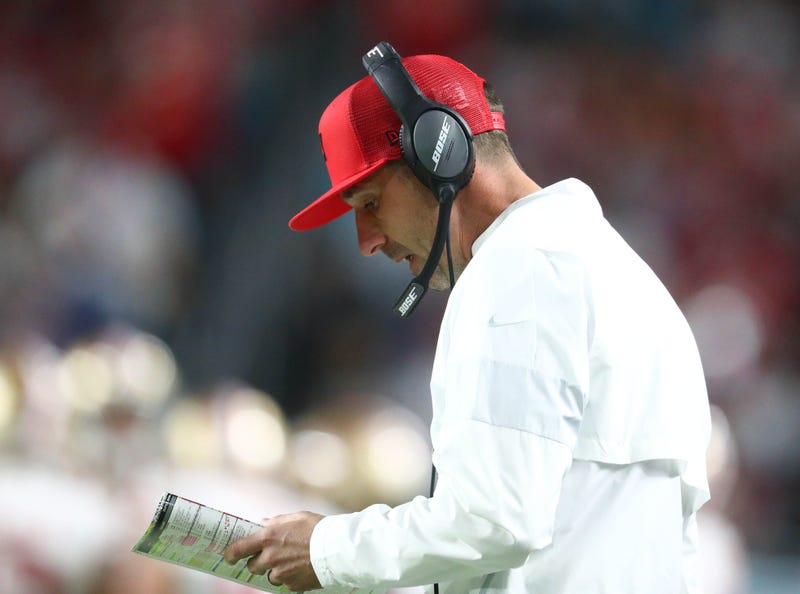 For the first three-quarters of Super Bowl 54, the San Francisco 49ers played the game that got them to Miami. They ran the ball on the outside at a frenetic pace, their defensive line was getting to Patrick Mahomes, and play-action passing was rolling for Jimmy Garoppolo.

The fourth quarter came with a 20-10 lead in favor of the 49ers. However, the 2019 NFL Most Valuable Player arrived at the party, mixed with some questionable play-calling from the San Francisco head coach leading to the 49ers’ demise.

Even with Patrick Mahomes’ late-game heroics, the script throughout the game fell in the 49ers’ favor. Mahomes threw two interceptions, more than he threw in any other game this season. The Texas Tech product did not throw an interception in any game in the playoffs this season. The 49ers pass rush, led by DeForest Buckner and Nick Bosa were able to get to Mahomes, sacking him four times.

Mahomes throws his 2nd interception of the game! --#SuperBowlpic.twitter.com/hpWRA9a9WY

Yet, it wasn’t enough, and that’s on the duo of Kyle Shanahan and Garoppolo. The 49ers defense battled against the dynamic Kansas City offense until their breaking point, when Mahomes took over, showing why he is one of the NFL’s best young quarterbacks. After limiting Mahomes throughout the game, the 49ers defense needed to lean on their offense to keep him off the field. To continue playing elite defense, the 49ers required good offense.

The 49ers final four offensive players resulted in either a punt, turnover on downs, or interception, giving Mahomes more opportunities to weave a comeback.

After completing two improbable third downs on the same drive, Mahomes carried the Chiefs in the final period of the Super Bowl. Leading three consecutive scoring drives, flipping the 49ers chances at a sixth Lombardi Trophy and sealing a Super Bowl victory for Kansas City, 31-20.

With their back against the wall at any moment in the season, Garoppolo has elevated his game to lead the 49ers in several game-winning drives. With the door open for the 49ers to mount a comeback of their own, Garoppolo cratered.

The 49ers’ quarterback missed his final six throws with the most crucial coming on 3rd-and-10 with 1:40 left in the game. Garoppolo had Emmanuel Sanders open downfield for a long touchdown catch, but overthrew him, forcing the 49ers into a 4th-and-10 situation they weren’t able to convert.

Jimmy Garoppolo had Emmanuel Sanders open behind the defense to give the #49ers the lead with just over a minute to go. Missed the throw, and lost the game. Average QB at best. pic.twitter.com/7jDjntFlqY

As ugly as it was late for Garoppolo, while it was pretty for Mahomes, neither should’ve never been in that position. The game flow dwindled with the erratic play-calling of Shanahan. The 40-year-old coach switched from ultra-conservative play-calling to aggressive calls, mixing plays that didn’t work for the offense, putting the defense back on the field.

Shanahan has been one of the critical reasons the 49ers jumped from a 4-12 season. However, he will now have to deal with losing a 28-3 lead as a coordinator in the Super Bowl, and now suffering a 10-point lead in the fourth quarter in the big game as a head coach.