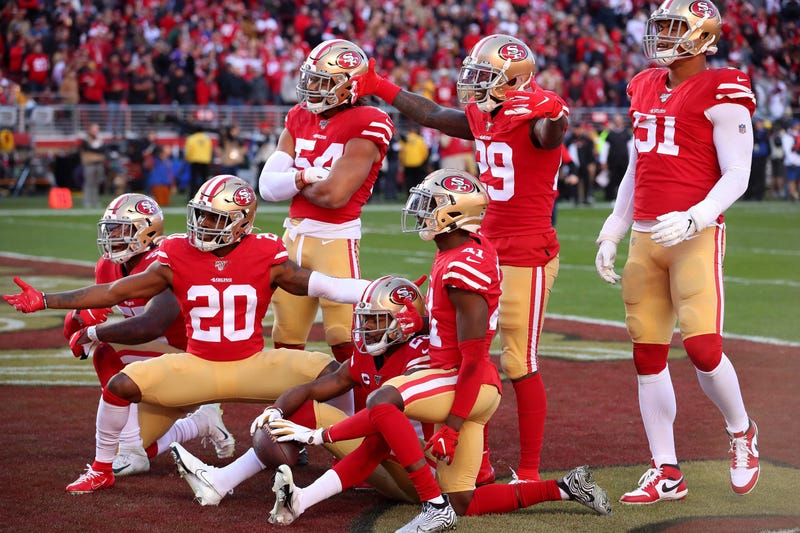 The San Francisco 49ers have proven they can win football games in almost every way possible. The late-game stops, the game-winning field goals, run or pass, at home or on the road — it doesn’t matter, this team has found ways to win.

Through the first half of the season, the 49ers were defined as a running team that had an elite defense. Jimmy Garoppolo didn’t have to be great for them to win, they took the football out of his hands, and things were easy.

During the downhill stretch-run into the playoffs, there was pressure on Garoppolo to trade passing shots with Lamar Jackson, Drew Brees and Russell Wilson. The team finished the year a different team — with a different identity.

Now, in their first playoff game in the Levi’s Stadium era, the 49ers got back to their roots when it mattered. On the back of the run game and elite caliber play on the defensive side, the 49ers dominated the Minnesota Vikings 27-10 to advance to their first NFC Championship since 2013.

The Vikings were coming off a beautifully constructed offensive drive in overtime to advance them to round two of the playoffs. Kirk Cousins threw for 242 yards and a touchdown in New Orleans, against the 49ers he saw a different animal.

The 49ers defense held Cousins to 172 yards on 21-of-29 passing that including sacking him six times. The Vikings were driving in the third quarter with a chance to tie the game, but a wrong decision from Cousins, throwing the ball right at Richard Sherman, set up the 49ers in the red zone with a chance to extend their lead to 14.

Cousins couldn’t take a breath without a member of the 49ers’ defensive line in his face. With Dee Ford healthy, the defensive line group played like the best defensive line in the NFL. Ford, DeForest Buckner, Nick Bosa, Soloman Thomas and Arik Armstead all registering sacks in the game.

It wasn’t just the passing game where the 49ers dominated; the Viking rush attack was shut down by the San Francisco defense. Dalvin Cook, one of the best running backs in the NFL to only 18 rushing yards on nine attempts. Cook added six catches for eight total yards.

When you’re giving out game balls for this specific game, Bosa and Buckner will get headlines. However, the real star was the 49ers defensive coordinator, Robert Saleh. The 49ers allowed an early touchdown, and the Saleh adjusted, limiting the Viking offense to 147 yards.

Saleh, a current head coaching candidate for the Cleveland Browns, dominated Vikings offensive coordinator, Kevin Stefanski, who is also up for consideration for the opening in Cleveland.

On the offensive side, Kyle Shanahan took the ball out of Garoppolo’s hands and let 49ers backfield do damage. Tevin Coleman led the team in rushing with 122 yards on the ground and two touchdowns, his best performance since week five.

The 49ers will now play the waiting game as they still have a long way to go before it’s time to celebrate. The winner of the Seattle Seahawks against the Green Bay Packers will travel to Santa Clara for a shot at a trip to Miami for the Super Bowl.