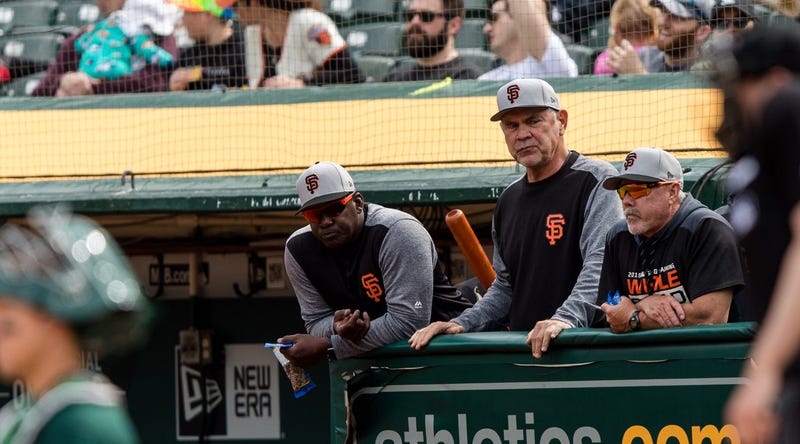 March 27, 2019 03/27/2019 4:49 pm
Following the close of the Bay Bridge Series on Tuesday night, the Giants continued to whittle down the roster, all but settling on the 25-man group that will head to San Diego for Opening Day on Thursday.

The team will carry 12 position players and 13 pitchers.

Pablo Sandoval, Rule 5 picks Connor Joe and Travis Bergen and outfielder Michael Reed are in. Infielder/outfielder Alen Hanson and catcher Tom Murphy out. Mac Williamson, who’s X-ray came back negative after he was drilled in the right hand on Tuesday night, is hanging on by a thread.

The injury could send Williamson to the injured list, saving him, at least temporarily, from being cut off the roster.

Here’s how the 25-man roster, which is likely to shift quickly under the watch of President of Baseball Ops Farhan Zaidi, is set to shake out for now: