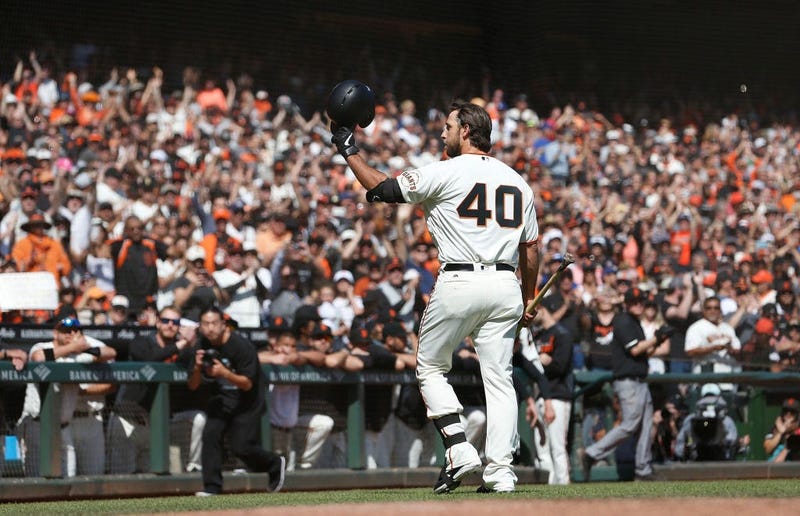 The Giants will be seeing plenty of Madison Bumgarner as the longtime ace has officially inked a new five-year deal with NL West neighbor the Arizona Diamondbacks. The team made the announcement, via Twitter on Tuesday afternoon.

This is slightly jarring.

The #Dbacks agree to terms with left-handed pitcher Madison Bumgarner on a 5-year contract. pic.twitter.com/3SdV7HOcMV

ESPN's Jeff Passan scopped the specifics on Sunday, reporting the pact would be worht $85 million.

Madison Bumgarner will get $85 million over five years from the Diamondbacks, a source confirms to ESPN. Arizona was Bumgarner’s top choice, and when the Diamondbacks went to five years, a deal got done. @Ken_Rosenthal had the financials.

At the time, the D-Backs signaled, or at least strongly hinted at, the move in their own way.

Once the i's had been dotted and the t's had been crossed, the Giant bid adieu to the lefty with a tribute video.

A classy sendoff to the legend and 3x champ — Madison Bumgarner (via @SFGiants) pic.twitter.com/7OQylQaPny

Before Bumgarner, the three-time World Series winner, landed in Arizona, he had also been linked to the Dodgers.