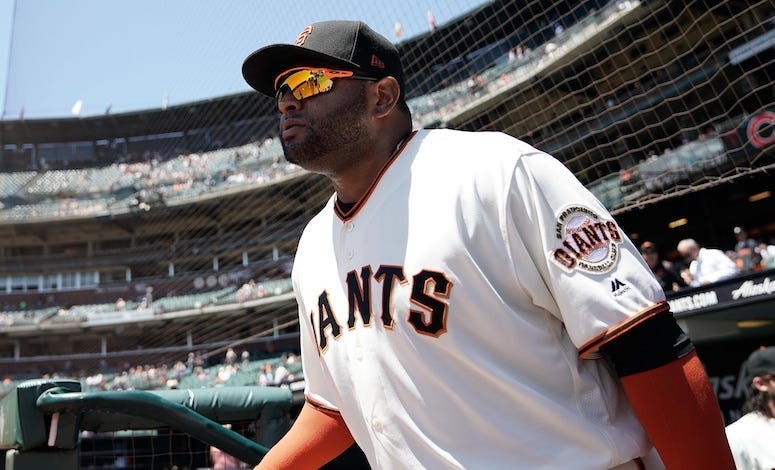 Less than an hour after the announcement that Pablo Sandoval was headed for Tommy John surgery, there was the gregarious Giant, smile across his face, making his way to the visitor’s dugout at the Coliseum.

Sandoval, on the injured list with right elbow inflammation since Aug. 14, is due for surgery at the start of September. Then, he faces five to six months of rehab. At season’s end, he becomes a free agent, but he knows exactly where he wants to play in 2020.

“I want to come back,” Sandoval said. “I want to be here for the rest of my career.”

“It’s not my decision — like I said,” Sandoval said. “I’m going to rehab and do my job and come back stronger and see what happens.”

Both Sandoval and Bochy left open the possibility that the veteran Giant could get one more at bat — before he gets surgery and heads to the open market and the manager rides off into retirement.

“This is a tough blow for us," Bochy said. "The job he’s been doing — both starting and coming off the bench. I told him we missed him on that last road trip…”

“Not having him the rest of the year, that’s a tough one. He means a lot to this club with what he does, being around."

Sandoval, who turned 33 earlier this month and who spent nine years with Bochy, remains optimistic as ever — even as the specter of surgery looms.

“This is not the end of my career.”

“I’m going to come back stronger.”