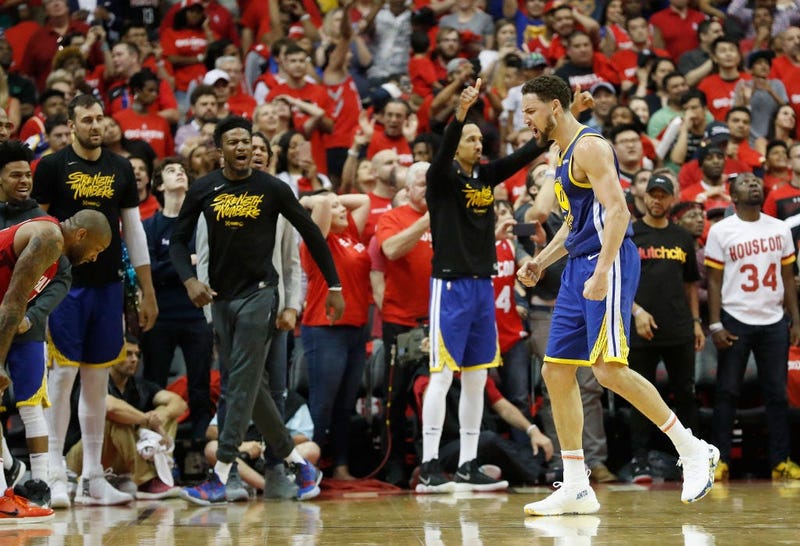 In the wake of the Warriors’ loss to the Rockets on Monday night, there has been no shortage of noise surrounding the back-to-back champs and what ails them.

As ESPN’s Stephen A. Smith tells it on “First Take,” the Splash Brother is heated…

"He's tired of sitting around and getting, quote unquote, this is a quote, the ‘crumbs’ left behind by other people."

Stephen A. goes on to explain how this reported gripe fits into the broader context of the looming free-agent market and drops some verrry big names…